According to the BU Student Activities Office, students are highly encouraged to hold most meetings virtually, and all off campus events are prohibited.

The letter titled “Engaging Safely” was written by BU’s President Robert A. Brown and distributed to students early Friday afternoon, as well as posted to the university website.

Boston University sent a letter to students on September 25 encouraging participation in Black Lives Matter protests, as long as it was done “safely,” even though this would mean breaking the school prohibition of attending gatherings larger than 25 people.

The letter titled “Engaging Safely,” was written by BU President Robert Brown and distributed to students via email, as well as posted to the school's website. The letter came in anticipation of the protests that occurred following the verdict in the Breonna Taylor case.

“At Boston University we are committed to staying focused on eliminating systemic racism in our society and in our midst—and to help find paths to the equal and just application of laws so that no member of our society need fear the police,” the letter read. “This commitment includes working to understand how prejudice—including its implicit and subconscious forms—can result in harassment and violence against people of color.”

In order to return this fall, BU had to adopt strict policies to prevent a COVID-19 outbreak. One of these mandates includes no throwing or attending gatherings over 25 people.

A letter written to the BU community in late August by Dean of Students Kenneth Elmore warned students of strict consequences for anyone breaking the guidelines put in place.

One of the rules states: "If you host a large (more than 25 people) gathering, social or party off campus or on-campus, you will be suspended through the fall semester, and will not be able to attend classes in-person or remotely.”

[RELATED: Gettysburg College tells most of its students to go home. They don't go quietly.]

However, there was no mention of the 25 people rule in Brown’s letter. Instead, he referenced an earlier letter sent by Elmore on September 15 promoting BLM activism.

“Don’t let COVID-19 stop you from raising a fist, banner or your voice at a protest, demonstration or rally,” he wrote. “Go for it! And, keep yourself and others safe.”

Elmore did provide a list of ways to stay safe, including wearing a face covering at all times, using hand sanitizer, and not sharing supplies.

When Elmore spoke with Campus Reform, he said there was no exception made to the 25 person gathering rule, as the Commonwealth of Massachusetts specifically allows for larger groups to gather in the name of political expression.

“Maybe we should have been a little clearer that under Massachusetts law or guidance, this is an acceptable sort of thing to do because it’s your basic right,” he said.

Elmore also said that if a group tried to argue for a gathering of more than 25 people it wouldn’t fly the same way.

“I would say make the argument, but let’s make it in advance, don’t just go off and do it, and let’s see if it works and it fits,” he said. “We want to try and make sure that we’re able to help student organizations do what they need to do as fit.”

Jonathan Stein, President of Young Americans for Liberty at Boston University, said he is frustrated at a lack of uniformity in the guidelines students have to follow, depending on their activity.

According to the BU Student Activities Office, students are highly encouraged to hold most meetings virtually, and all off-campus events are prohibited. This is to prevent the possibility of an outbreak on campus.

In regards to the protests being a potential source of an outbreak, Elmore says he’s not too concerned about these protests, as events like these in the past have shown a relatively low spread rate.

“We’re certainly worried about it, but things have shown over the course of the summer that these protests have not been the source of spreader events,” he said. “A lot of times what I’ve observed from these protests are that people are wearing masks and people are doing their best to socially distance.”

Brown’s letter closed by attempting to foster a sense of racial awakening within the BU community.

“We hope you are able to act, reflect, and foster healing in a way that honors the life of Breonna Taylor and others whose lives have been lost,” he concluded. 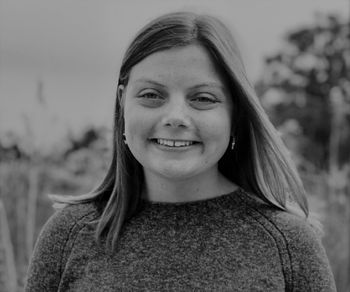