Professor David Brunsma claimed that the history of beer in the United States and its contemporary culture are tied to racism and white supremacy.

The professor also claimed that Pence’s language at the debate appealed to white supremacists.

A professor of sociology at Virginia Tech recently made claims about the supposed racist nature of both beer and Mike Pence’s use of the term “the American people” during the vice presidential debate. 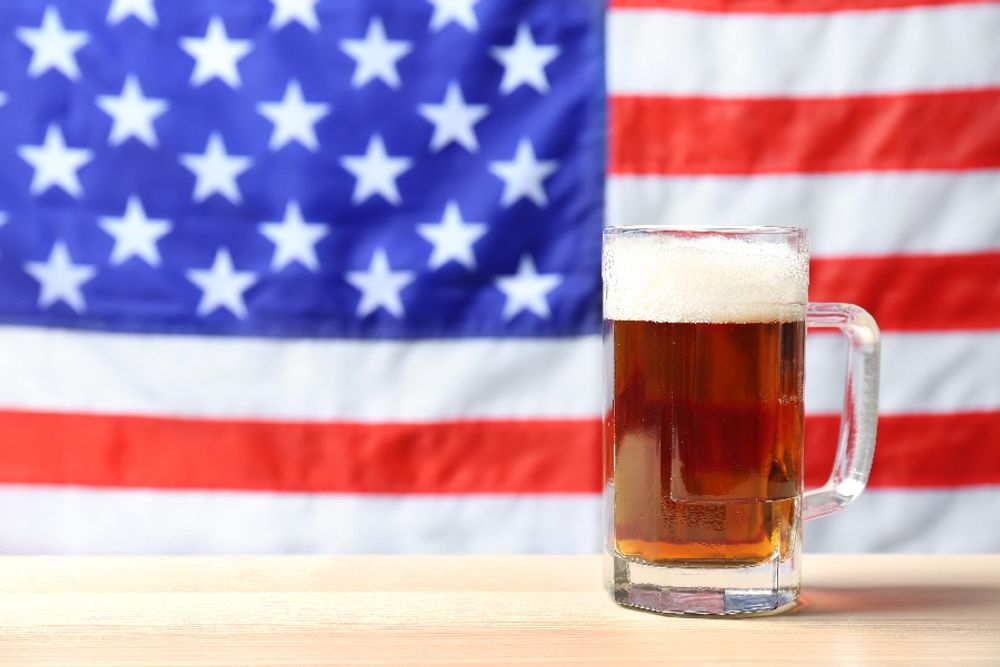 David L. Brunsma, a professor in Virginia Tech’s department of sociology, claimed that both beer and the phrase “ the American people” are racist in a recent book and tweet, respectively.

The book, co-authored by Burnsma and titled Beer and Racism: How Beer Became White, Why It Matters, and the Movements to Change It, claims to provide a “critical and interdisciplinary path to examine and understand the racial dynamics in the craft beer industry and the popular consumption of beer” according to its description.

The book claims that beer in the United States has “always been bound up with race, racism, and the construction of white institutions and identities” and that American attitudes towards beer have led to “intersectional inequalities.”

Other professors have called the book “a crucial addition to an emerging literature” and a “data rich and evidence based analysis of how beer, a seemingly innocuous cultural product, can carry deep racial meanings.”

"From the racist marketing of malt liquor to the bearded-white-dude culture of craft beer, readers will never look at a frothy pint the same after reading Beer and Racism," University of New Mexico professor Eli Wilson said of the book.

Wilson told Campus Reform that “beer, as a beverage, does not perpetuate racism per se” however “the people who make decisions about beer—from who they market certain products to, to what images to put on beer cans, to who gets hired in breweries—can indeed exacerbate racial inequities in our country.”

When asked if it was possible that the craft beer community is predominately white as a function of some factor other than racism, Wilson answered “yes, of course” going on to state “Economics. Craft beer is expensive. $20 4-packs of Hazy IPA? Pfft, many beer markets were full of these brews pre-Covid. Plus, it generally takes being exposed to craft beer by a close friend or family member to first get into it, and we know that social networks are segregated by race and class among other things.”

According to Wilson “the motivation to diversify craft beer comes from an urge to make sure other people have an opportunity to share in something that you personally love.” He then added, “And maybe a little bit of guilt: after the 10th beer festival you've been to where it is a bunch of pretzel-necklaced white dudes with beards and potbellies, it gets kind of old, you know?”

Brunsma’s work, which was published on Oct. 14, is part of a series called “Sociology of Diversity.”

Campus Reform approached Brunsma for comment regarding how he thinks beer contributes to racism in the United States but did not receive a response in time for publication. Brunsma’s co-author, Arkansas Tech professor Nathienal Chapman also did not answer.

A few weeks prior to the release of his book, Brusma claimed via Twitter that Vice President Mike Pence’s usage of the term “the American people” during the vice presidential debate was racist in intent.

The whiteness of Pence's repeating "the American people" over and over and over again is a whistle to white men and whiteness and white supremacy. Especially with a Black woman, Senator Kamala Harris, on the stage.

Brunsma stated that the “whiteness” of Pence’s usage of the phrase “over and over and over again” constituted a “whistle”, or coded message, to “white men and whiteness and white supremacy.” He asserted that this effect was accentuated by the fact that Kamala Harris, “a Black woman," was on the stage.

Later in the debate, Brunsma Tweeted “fly on sh*t” twice in reference to the fly that landed on Pence’s head during the event.

When asked in what way the term “the American people” was racist when used by the vice president, Brunsma did not respond to a request for comment.