The most common grade at Harvard is an A-, says elite school's dean 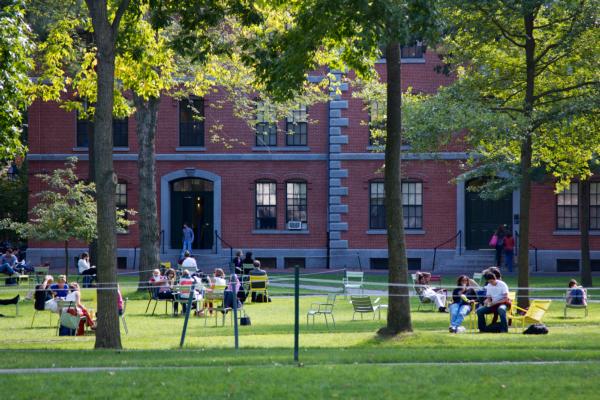 The dean of undergraduate education at Harvard University said that the median grade is at the school is an A-, and the most common mark given is an A — furthering speculation that the school grades more generously than most.

Jay M. Harris made the comment in response to a professor's question during a Faculty of Arts and Sciences (FAS) meeting on Tuesday, according to an article in the Harvard Crimson, the school's official newspaper.

“A little bird has told me that the most frequently given grade at Harvard College right now is an A-,” Harvey C. Mansfield said.

"If this is true,or nearly true, it represents a failure on the part of this faculty and its leadership to maintain our academic standards," he continued.

Mansfield wrote a letter to the Crimson after the meeting stating that Harris' answer "depressed" him.

This was not the first time that FAS has discussed grade inflation at the school. The school changed its grading policy after the Boston Globe labeled it "the laughingstock of the Ivy League" in 2001, based on the revelation that 90 percent of students graduated with honors.

In 2002, the school capped the number of honors graduates at 60 percent.