Public university to offer class on Jay-Z and Kanye West 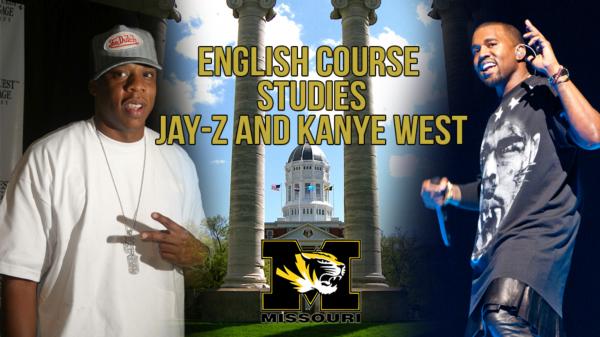 Next fall, the University of Missouri (MU) is offering an English class on rap artists Kanye West and Jay-Z.

Students in “English 2169L: Jay-Z and Kanye West,” will study the rappers’ music and videos, as well as read Jay-Z’s book Decoded, critical work on rap music and “one or two good studies on how poetry works,” according to the course description listed on the college’s official website.

"I really do think that these guys are warming up to the level of major poets, and not many people think of it in those terms."

The class will study the pair “from three perspectives: (1) Where do they fit within, and how do they change, the history of hip-hop music? (2) How is what they do similar to and different from what poets do?, and (3) How does their rise to both celebrity and corporate power alter what we understand as the American dream?”

The class debuted in fall of 2013, according to Consequences of Sound.

“I really do think that these guys are warming up to the level of major poets, and not many people think of it in those terms,” instructor Andrew Hoberek told the publication. “Because it’s not just on a page, but it’s video art, too.”