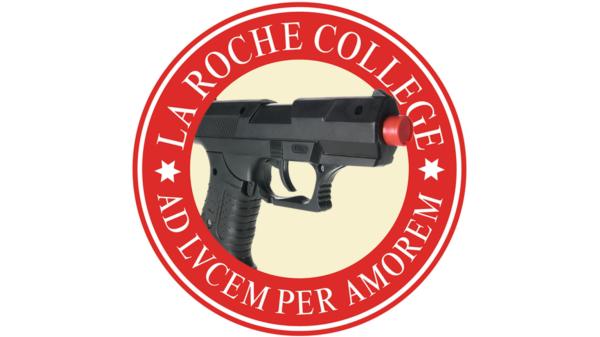 Two international students at La Roche College in Pennsylvania are facing criminal charges and possible deportation for shooting a pellet gun on campus.

In addition to possession of a weapon on school property and disorderly conduct charges, Dean of Students Colleen Ruefle told Campus Reform that the school is considering expelling the students, which could force them to leave the United States.

“It could mean that they would have to go home to their countries.” - Colleen Ruefle, La Roche Dean of Students

“They would probably work with their embassy to see what their options would be,” Ruefle said in an interview on Wednesday. “It could mean that they would have to go home to their countries.”

Ruefle said she is not sure about the exact terms of the students’ visas, so she did not know for sure how an expulsion would impact their status.

A local CBS affiliate reported that the students insisted they were simply “playing” with the gun, but the McCandless Police Department pressed charges anyway.

“They represented to us that they viewed the guns as just being toys, in fact they weren’t,” McCandless Police Chief Gary Anderson told the affiliate. “They were active weapons.”

No one was hit by the shots, which local news source WPXI reports occurred around 3:30pm Monday afternoon.

The two students, 21-year-old Haotian Liu and 23-year-old Dixiaonan Zhou, are Chinese international students who have been in the United States for two years.

Ruefle said she has not yet spoken with the students about the issue, and therefore has not decided on specific consequences.