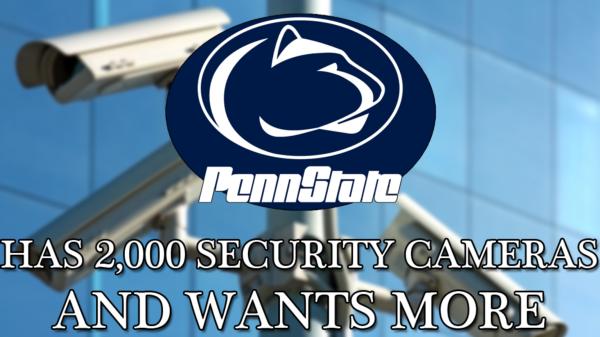 Penn State University has decided that its 2,000 surveillance cameras are not enough and is spending $1.4 million to have more than 450 more installed by next month.

They are being put in 60 residence halls and commons buildings to monitor ground-floor entrance lobbies, exit stairwells, elevators and service desks, according to a university news release.

“We live in a very safe area, and crime is minimal here. We just want to make sure it stays that way.”

Cameras already exist in many athletic and auditorium facilities, as well as in some classrooms.

Paul Ruskin, a spokesperson for the school’s office of physical planning, told Campus Reform that the school will continue to install additional cameras even after this project is over.

“This won’t really end the project, the installations will continue with all the buildings, so as the campus expands, every time we add a building, we will add cameras,” he said in an interview on Tuesday.

Ruskin said having thousands of cameras was “necessary,” even though the school has never had any problems with security.

“We live in a very safe area, and crime is minimal here,” he said. “We just want to make sure it stays that way.”

Police are able to watch live footage of students on campus using the cameras.

Although Penn State initially announced the installation of the additional cameras in September, many students have said they have not heard about it at all.

Senior Ted Ritsick said in a message to Campus Reform on Monday that he was “not informed on the issue.”

“To tell you the truth, I was previously unaware of this new initiative,” he said in an email on Monday.