Harvard students start own business, school shuts it down on regulatory technicalities 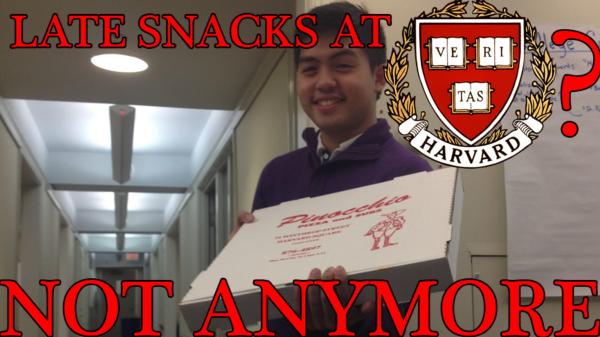 Two Harvard University freshmen attempted to get real-world business experience by starting a late-night food delivery service on campus — only for the administration shut the service down.

On April 15 — less than two months after launching the service — the entrepreneurs behind InstaNomz posted a Facebook message stating that they had to close their start-up due to “issues with the administration.”

“We've changed our business model to one where we franchise InstaNomz to entrepreneurs on other college campuses who want to start food delivery startups.”

“We created InstaNomz because we saw a problem — our favorite restaurants did not deliver to dorms and there was a demand for this food late in the night when people were writing papers, finishing readings, and completing problem sets — and wanted to solve it,” co-creator Akshar Bonu said in an email to Campus Reform Tuesday.

According to Bonu, school said it had to be shut down due to concerns that it would cause “excessive foot traffic” and was an “overly commercial activity.”

“The Office of Student Life informed us that we either had to operate as an outside vendor, which we understood as stopping outside of the dorm or House, or through Harvard Student Agencies,” Bonu and co-creator Fanele S. Mashwama said in an emailed statement, according to The Harvard Crimson, the official campus newspaper.

The students told the Crimson that having to stand outside of a dorm to deliver food to the students inside would have added impossible time and cost to the two-person venture, forcing it to shut down.

Although Harvard College Handbook for Students insists that it “permits undergraduates to undertake modest levels of business activities on campus,” it also reserves the right “to restrict or control student business use of its resources, facilities, academic product, copyrighted materials, and institutional data.”

Bonu said they are not giving up on the project entirely, but plan to attempt to bring it to other schools.

“We've changed our business model to one where we franchise InstaNomz to entrepreneurs on other college campuses who want to start food delivery startups,” Bonu said in the email. “We give these entrepreneurs both tech and business support that will enable them to run a successful InstaNomz franchise on their campus.”

According to the Crimson, the business started a final project for their introductory computer science course.