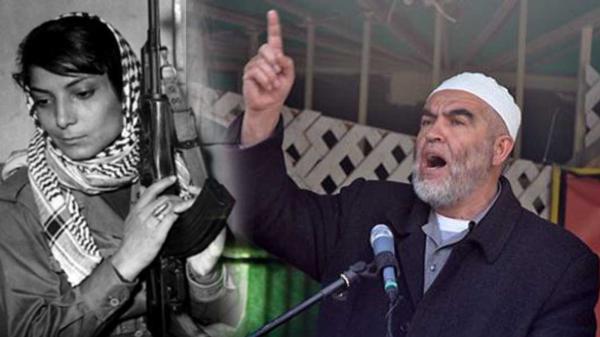 San Francisco State University (SFSU) used taxpayer dollars to send a group of professors to the Middle East to meet with convicted terrorists.

SFSU professor Rabab Abdulhadi led a delegation of six academics and one labor activist on a trip to Israel, Jordan, and the West Bank where they met with at least two members of known terrorist organizations. Originally, she planned to present a paper at the American University in Lebanon’s Center for American Studies and Research conference, but her name was dropped from the conference. However, the trip continued, costing the university more than $7,000 alone for Abdulhadi to travel.

"Professor Abdulhadi called the trip a ‘political solidarity tour’ and not a research with colleagues tour."

Salah has been consistently vocal about his anti-Semitic views and has been charged with inciting violence and racism on multiple occasions.

“We have never allowed ourselves to knead [the dough for] the bread that breaks the fast in the holy month of Ramadan with children's blood,” Salah was quoted as saying prior to one of his arrests in Jerusalem. “Whoever wants a more thorough explanation, let him ask what used to happen to some children in Europe, whose blood was mixed in with the dough of the [Jewish] holy bread.”

Joanne Barker, professor of American Indian studies at SFSU and an attendee on the trip, wrote on her blog that the delegation was able to establish “working relationships and furthered their solidarities with Palestinian scholars, artists, and activists engaged in BDS and other efforts against the occupation.”

Members from eight pro-Israel advocacy groups decried the Academic and Labor Delegation to Palestine after a California public records inquiry divulged the political nature of the trip.

“We’re very concerned as we believe [Abdulhadi] lied to the university and misrepresented the nature of her trip in order to get funding and insurance for her trip to meet with terrorists,” Tammi Benjamin from AMCHA told Campus Reform in an interview.

“To suggest that the mere fact of meeting with someone to interview them as a part of your research necessarily means you are endorsing their politics is ridiculous, whether those politics are right, left, or other,” Barker told Campus Reform in a brief email.

“It’s important to note that Professor Abdulhadi called the trip a ‘political solidarity tour’ and not a research with colleagues tour,” she said. “I find it really hard to believe that’s research and had any fundamental academic value. It was purely political.”

Benjamin says AMCHA is mostly upset that the school used taxpayer money to fund such a polarized trip and is unhappy that Abdulhadi omitted key details of the trip—which could have been important for insurance purposes—from the preliminary itinerary she gave to university.

AMCHA has since sent two different letters to SFSU’s President Leslie Wong and the California State University board of trustees asking for the school to conduct an investigation into how the tax money was exactly spent, but have yet to receive a response.

SFSU and Abdulhadi both did not respond to Campus Reform’s multiple requests for comment.

Baker told Campus Reform that while she cannot speak for the other delegates on the trip, she did not receive any travel funds from SFSU. She said her expenses were all out-of-pocket.