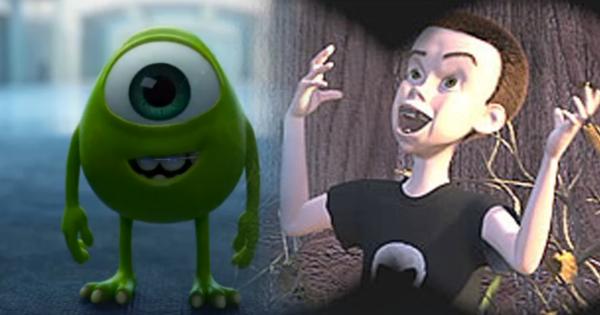 According to two Missouri State professors, Pixar’s animated movies disenfranchise young boys who do not fit society’s definition of masculinity.

English professors Shannon Wooden and Ken Gillam have outlined their concerns in their book, Pixar’s Boy Stories: Masculinity in a Post Modern Age, published in April.

"Somebody had to be the first person to complain about the Disney princesses’ stifling representation of women, right?"

Wooden and Gillam feel there has been a large emphasis on Disney’s sexist and offensive portrayal of princesses, but they didn’t feel boys were receiving adequate public attention for their disservice.

“Somebody had to be the first person to complain about the Disney princesses’ stifling representation of women, right?” said Wooden. “A parallel conversation for boys hasn’t started, but we’re trying to start it ... so people become aware of what they are watching and what their kids are watching.”

In the film Monster’s University, for example, main character Mike Wazowski is bullied because of his small stature; by the end of the film, he accepts his physical limitations and cultural stereotypes. The two professors feel that Mike’s acceptance of his place in society doesn’t properly encourage kids to fight back and deem themselves equal to those who meet the accepted height.

“What kind of message is that to send to kids?” Wooden asked, according to the Springfield News-Leader. “If you have the misfortune to not be born in the right kind of male body, you may as well get used to life as a loser. Try to learn to be happy in your second place — or lower — status, because your options here are find complacency in your ‘lesser than’ status or get really angry.”

Wooden and Gillam feel Pixar isn’t adequately using its influence to challenge and eliminate such negative stereotypes. The professors also argue that the film production company discourages creativity by portraying Sid Phillips in Toy Story and Toy Story 3 as a mean bully for dismembering his toys, when the boy simply doesn’t know they are not actually inanimate objects, but living breathing creatures.

“[H]e’s a rambunctious, but probably really bright, kid and he’s not doing anything wrong per se,” Prof. Gillam said. “He’s taking toys apart and things like that, but the very concept of the movie is that human beings don’t know toys have a kind of life outside being an inanimate object. So in taking heads off and blowing stuff up, Sid is just a kid playing rough.”