Beyoncé, Rihanna feature in U. of Texas black feminism course 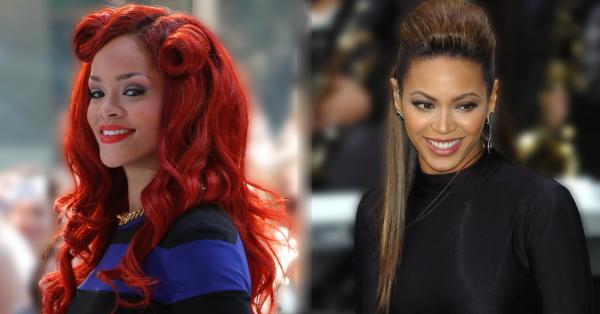 Pop sensations Beyoncé and Rihanna are taking on roles as educators in the classroom as students gear up for a newly designed class on black feminism.

Starting in the spring of 2015, the University of Texas at Austin’s new course, “Beyoncé Feminism, Rihanna Womanism,” will be available to undergraduate students.

The class will examine black feminism topics such as “violence, economic opportunity, sexuality, standards of beauty, and creative self-expression,” and how Beyoncé and Rihanna express these themes through their music.

According to the Daily Texan, Dr. Natasha Tinsley, associate professor in the Department of African and African Diaspora Studies at UT Austin, said she framed the coursework around these two women because she believes they are capable of reaching a larger audience than any other activists.

“Their words reach around the world in a way no other African-American or Afro-Caribbean woman’s currently does,” Tinsley told UT Austin’s student newspaper.

The department said it hopes to bring more attention to the fields of black studies and gender studies by exposing students to the impact black feminism has in their daily lives.

If students at UT Austin are unable to enroll in the class, the school offers several outlets for exploring race, gender, and sexuality theory. A variety of classes and student resources, like the Malcolm X Lounge and the Gender and Sexuality Center, address these pop culture subjects in both formal and informal settings.

Despite the popularity of both Beyoncé and Rihanna, not all UT students are keen on signing up for the class.

When asked if the class would be effective in increasing feminism efforts, Hellwarth explained that “most people will take the class and once they step out of the room they’re done.”

“Just because they have information doesn’t mean they’ll act on it,” she said.

So far, the “Beyoncé Feminism, Rihanna Womanism” course is only being offered at UT-Austin’s campus, but Hailey Hollas, a freshman marketing major at UT-Dallas, told Campus Reform that while she thought the course would be “interesting,” she did not think that she would remain in it.

University officials confirmed to Campus Reform that all new courses must be proposed by faculty or degree programs. The proposals then go through an internal and external approval process—which varies with each institution in the UT system—before they are offered to students.

Kevin Allred, who teaches “Feminist Perspectives: Politicizing Beyoncé” at Rutgers University, suggests that including pop culture and celebrities in course material is a strategic move to attract students to a class in order to create a more engaging learning environment.

Earlier this year, Allred gave a lecture at Binghamton University, arguing that Beyoncé was a “feminist hero for dancing partially naked and giving graphic descriptions of sex acts in a music video because it calls on the viewer to respect women.”

He told Campus Reform that Beyoncé reenacts negative stereotypes of black women to bring light to our collective blame in the issue and our responsibility to change it.