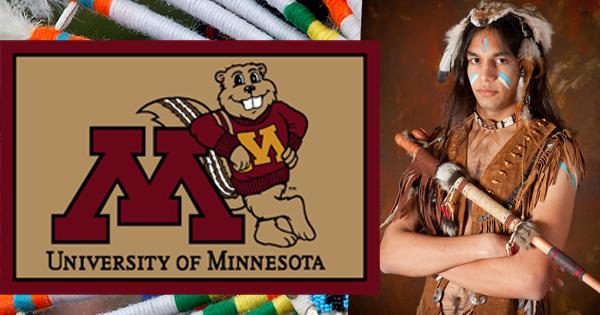 An American Indian Studies professor required his students to argue in favor of banning Native American mascots for a video project.

Wayne Bendickson, who teaches American Indians in Minnesota at the University of Minnesota, handed out the assignment to the class earlier this semester which includes topics such as “Indian mascots should be banned from sports.”

John Mickley, a sophomore at the U of M told Campus Reform that Bendickson instructed his class to pick one of the approved viewpoints. Students were not allowed to work on a counter argument unless they wanted to work alone with no help, according to Mickley.

“You must pick one of the following topics and your video must be focused on that topic. Your video must follow the line of questioning laid out. In other words, you have to stick with the theme I gave you. You cannot give a counter argument,” the instructions on the assignment obtained by Campus Reform said. 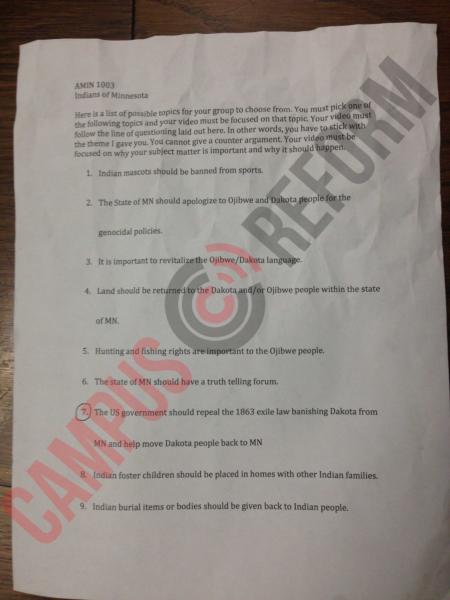 “Your video must be focused on why your subject matter is important and why it should happen,” the assignment reads.

Mickley told Campus Reform that if students do not believe in the opinions that Bendickson is forcing them to choose from, than there should be an alternative assignment.

“I think it doesn’t really give us an opportunity for free thought or come to our own conclusion,” Mickley said. “He basically just tells us how we should think and what we should believe.”

Mickley also said that it was unclear how much the project counted for the students’ final grade. Thus far, the students have only been given three quizzes and grades are not posted online.

According to Mickley, Bendickson has canceled class before to attend a powwow, and encouraged all of his students to participate in the Redskins protest at TCF Bank Stadium on Nov., 2.

Bendickson did not respond to a request for comment from Campus Reform.