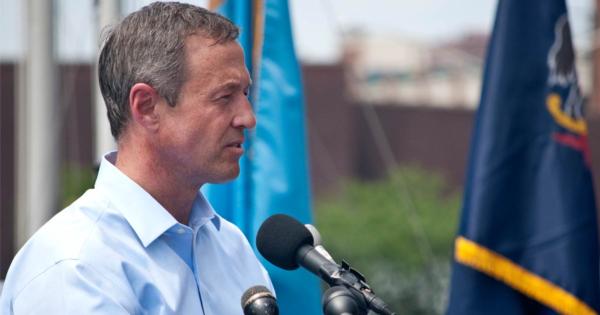 Longshot Democratic presidential candidate Martin O’Malley has declared that his administration would see more federal involvement and increased higher education funding as a solution for the student debt crisis.

Neal P. McCluskey, director of the Center for Educational Freedom at the Cato Institute said that he did not believe that O’Malley’s plan was “very realistic” and that it is “not all that different from what we have seen from other Democratic candidates or from the current administration.”

“None of [the proposals] are very realistic nor do they address the real problems with higher education,” said McCluskey.

McCluskey said he was skeptical that the federal and state governments have the resources to allocate the necessary funding for O’Malley’s proposals. The federal government has a “giant deficit,” he said, and as states cannot print their own money, they often have less spending flexibility.

“The O’Malley plan doesn't have any figures for costs nor does it give any reasonable expectation for how it would be paid for,” said McCluskey of the current outline.

The O’Malley plan says that states “have slashed higher education investments” and that colleges have used tuition increases to make up for the lost funding.

“The problem isn’t lack of spending on higher education. The fact is that we already spend a huge amount of higher education,” said McCluskey, who acknowledged that public institutions have suffered cuts but said that state funding is largely “cyclical” and expressed concerns about what he described as the effects of longer-term spending trends.

McCluskey argued that “third-party” funding, including from the federal government, encourages waste and inefficiencies in higher education that result in increased costs. He argued that “colleges take all that aid money and they just use it to raise their prices.”

“The evidence is really overwhelming that we spend too much on higher education and encourage far too many people to enter programs they are not prepared to finished or are not interested in,” which he argued contributed to more students taking longer to graduate if they graduate at all.

McCluskey argued that “states spending more and relieving student debt is not going to make schools more efficient” and that “the federal government needs to get out of [providing] student aid because the aid is driving up costs.”

“If anything we have massive overconsumption of higher education spurred by government overspending. If the candidates were serious, we would be spending less on higher education,” said McCluskey.