A conservative student at the University of Missouri was the target of racially motivated attacks on Twitter Tuesday evening, merely for defending a statue of Thomas Jefferson.

“My political beliefs should not be determined by my race, as was suggested by the tweets received today,” Jasmine Wells, the subject of the tweet, told Campus Reform.

Members of the Mizzou College Republicans hosted a “Stand With Jefferson” rally Tuesday to show support for an on-campus statue of Thomas Jefferson. Campus Reform first covered the uproar on Oct. 13 after students defaced the Jefferson statue with post-it notes with phrases such as “Racist,” “Rapist,” and “Slave Owner.”

Today’s event was organized as a direct response to those activities, and somewhat predictably, sparked outrage on Twitter.

Another person tweeted, “#StandWithJefferson because, ya know, who cares that our founding fathers [sic] are a symbol of racism, genocide, and colonization (among others).”

The tweeters may have been upset about today’s “Stand With Jefferson” event because the group had asked students to sign a petition to keep the statue at Mizzou, resulting in over 140 signatures—in contrast to an opposing Change.org petition calling for the statue’s removal, which has garnered 86 supporters in the 2 months that it has been on the site (it's stated goal appears to be 100, at which point it was presumably to be taken to the university administration).

Wells, who is the social media chair of the Mizzou College Republicans, attended the event, only to be treated with a scornful tweet from one of her classmates for simply appearing in a photo.

“And a black girl got the nerve to have been in a picture and sign the petition #UncleTom,” a twitter user with the handle @Kennedyxpress tweeted.

“That would be me,” Jasmine responded, under the twitter handle @all_that_jaz17. “And I can assure you that I am quite proud to be in that picture. #StandWithJefferson.”

@Kennedyxpress came back with, “You’re a joke read YOUR history educate yourself.” She also tweeted in response to Jasmine’s tweet, “{laughing emojis} I cannot breathe right now”.

“For a movement that wants to end racism on campus, their response to the event and my participation in it, I felt, was very racist and hurtful,” observed Wells. 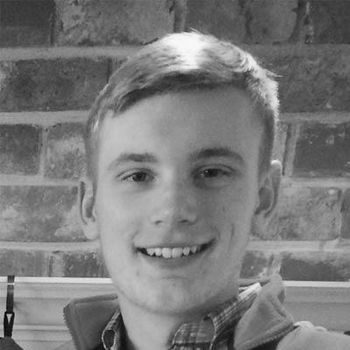