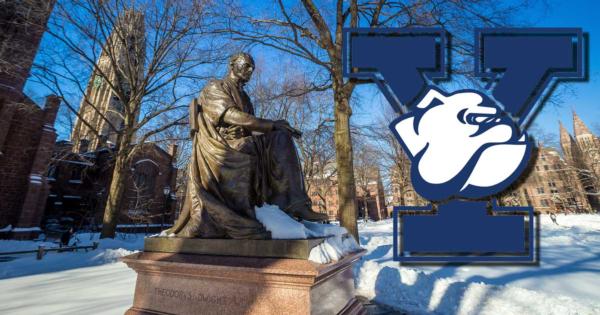 Faculty members at Yale University have put out an open letter defending two administrators who have faced calls for their resignations over an email defending the right to free expression.

The letter written by physics professor Douglas Stone—which had garnered signatures from 49 faculty, including two residential college masters, upon its release—argues that student protesters have taken the email dramatically out of context in order to portray its sentiment as a tacit defense of racism, according to The Yale Daily News.

"[W]e wish to express our strong support of [Erika and Nicholas Christakis's] free speech and freedom of intellectual expression."

Stone told the Daily News that “dozens” of additional faculty privately expressed support for the letter, but declined to sign it for fear of stoking additional controversy.

“Even if we could agree on how to avoid offense—and I’ll note that no one around campus seems overly concerned about the offense taken by religiously conservative folks to skin-revealing costumes—I wonder, and I am not trying to be provocative: Is there no room anymore for a child or young person to be a little bit obnoxious… a little bit inappropriate or provocative or, yes, offensive?” Christakis wrote.

Taking issue with her suggestion that offended individuals could either ignore the slight or address it directly with the offender, students began calling not only for Christakis’ resignation, but also that of her husband, Silliman College Master Nicholas Christakis.

At one point, Mr. Christakis was even surrounded by a group of students on campus angrily calling for him to step down, though he responded with an impassioned defense of free speech, “especially when it’s offensive.”

“As faculty colleagues we wish to express our strong support of the right of Erika and Nicholas Christakis to free speech and freedom of intellectual expression,” the faculty letter states. “Free speech of course includes the right to express opinions that are opposed to what may generally be termed liberal or progressive values, but that is not the issue in the current situation.”

Christakis’ defenders point out that her original email “did not express support for racist expressions, but rather focused primarily on the question of whether monitoring and criticizing such expression should be done in a top-down manner,” adding that regardless of one’s position on that issue, addressing it is a far cry from endorsing racism.

“We are deeply troubled that this modest attempt to ask people to consider the issue of self-monitoring vs. bureaucratic supervision has been misinterpreted, and in some cases recklessly distorted, as support for racist speech,” the letter continues. “While the university stands for many values, none is more central than the value of free expression of ideas.”

The letter makes clear that its signatories in no way intend to endorse racism, and in fact asserts that they “strongly support efforts to further diversify Yale’s faculty, staff, administration, and student body,” as have both the Christakises.

“A crucial component of free expression is the possibility of open and civil discussions, without vilifying those who disagree with one’s own viewpoint,” the letter points out. “Our support for these principles is not in conflict with opposition to racism and respect for diversity.”

Not everyone is convinced by the appeal, however, and some even maintain that protecting students from the potentially negative impact of certain speech should take precedence over protecting the right to free speech in general.

“If the Christakises are more tied to the idea of free speech and positive intent than they are to the impact of their words on the students they are charged with protecting … the roles of master and associate master are not for them,” Brea Baker, president of the Yale chapter of the NAACP, told the Daily News.

Yet the embattled administrators also have some high-profile supporters in Dean Jonathan Holloway and University President Peter Salovey, who issued a joint statement prior to Thanksgiving disavowing disciplinary action against the Christakises.