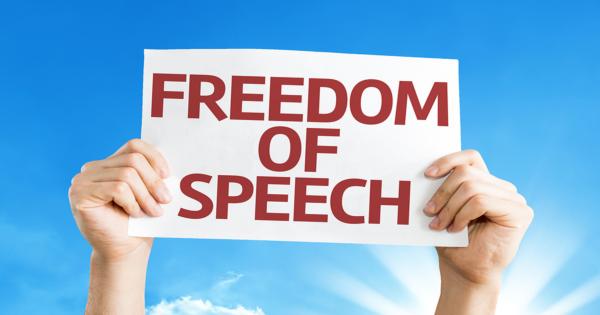 Two brothers from New Hampshire are hoping to channel simmering student frustration into a national protest movement rejecting the censorship of speech on college campuses.

Inspired by concerns over the proliferation of policies and practices restricting student speech—from the deceptively-named “free speech zones” to requirements that students “pre-register” before expressing their opinions in public—Christopher and Robert Sargent decided to organize a nationwide “I Am The Free Speech Zone” event on April 21 to spread awareness of the dangers such restrictions pose to academic and personal freedom.

“This event is a push-back against free speech zones..."

“This grew out of frustration with political correctness and the stifling of conversation, and it all starts with college,” Chris Sargent told Campus Reform. “The purpose is to educate students and have them take ownership of freedom of speech.”

In recent months, students at schools across the country have taken stands against censorship in various forms, including policies that limit public expression to designated “free speech zones,” efforts to report and punish “biased” speech, and attempts to institute mandatory “cultural competency training” that many see as akin to indoctrination.

At the College of DuPage, for instance, several students were accosted by campus police in September and told they would be “locked up” if they did not stop handing out flyers outside the student union protesting the school’s restrictive speech policies. Thanks to the students’ refusal to lie down to authority, however, the Board of Trustees ultimately apologized for the incident and promised to revise the school’s speech policies.

The protests that took place at the University of Missouri last fall likewise inspired a backlash, particularly after a communications professor was caught on video calling for “muscle” to help remove a student journalist who was attempting to photograph the (public) demonstration.

At Ashland University, the news out of Mizzou even motivated the student government to pass a resolution affirming its support for student speech rights as a preemptive defense against those who seek to outlaw offensive speech.

Students at Duke and Princeton Universities, meanwhile, have banded together more informally to issue public declarations opposing the most extreme demands listed in ultimatums from student activists, which at Princeton was accompanied by a hostile, 32-hour occupation of the president’s office.

“The general climate plays a big part in why we decided to do this,” Sargent told Campus Reform, but added that his personal experience—of being shouted down by progressive friends during political conversations and seeing his daughter’s grade school begin embracing political correctness—had a role, as well.

“This event is a push-back against free speech zones, but also political correctness and microagressions and everything else that stifles independent thought,” he explained. “What we want to do is create awareness about this issue and inform college kids that free speech travels with them wherever they go.”

The “I Am The Free Speech Zone” event was announced Monday in a press release, and is currently soliciting for college students and like-minded organizations interested in hosting lectures, free speech debates, demonstrations, or other activities.

Sargent said that while he thinks the event will appeal to organizations like Young Americans for Liberty, Young Americans for Freedom, and the Foundation for Individual Rights in Education, he is also aware that he faces a major challenge in overcoming the misperceptions of those who do not follow the issue closely.

“I’ve had several people say that they’re looking into the possibility of participating,” he told Campus Reform. “The problem is that many people think free speech zones are a good thing, so we have to educate them that it’s a bad thing.”

FIRE echoed those sentiments in a statement provided to Campus Reform concerning free speech zones, which have long been a target for the First Amendment advocacy group.