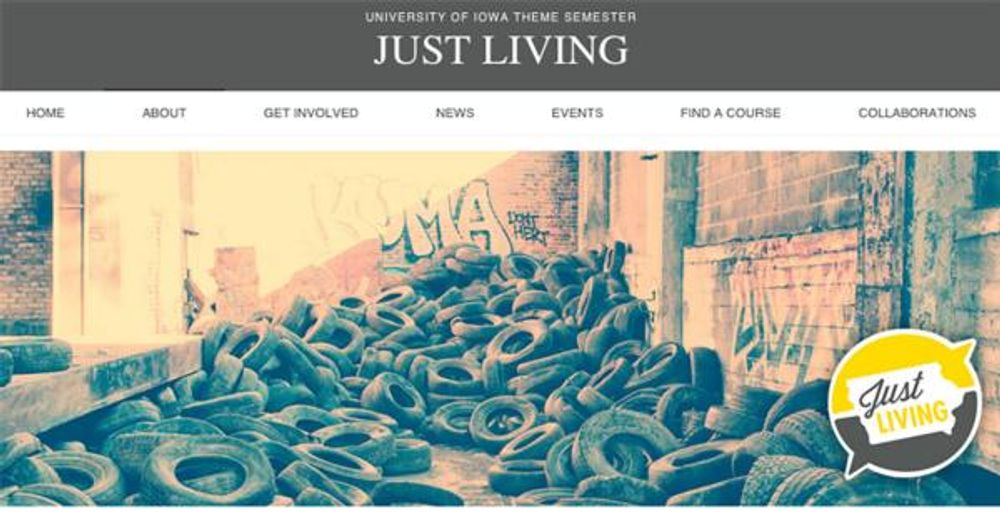 As part of a semester-long commitment to promoting social justice, the University of Iowa is opening an art exhibit Thursday displaying offensive and racist imagery.

The university states on its website that an opening reception for “THEM: Images of Separation” will be held at 5:00 p.m. Thursday in the Old Capitol Museum on campus, and the exhibit will remain open to the public at no cost through May 16.

“The effects of hatred and bigotry permeate our everyday lives, often without our notice,” a description of the exhibit states. “THEM brings the consequences of this injustice to light, featuring historical pop culture depictions of prejudice and stereotypes based on race, religion, gender, sexual orientation, culture, and more.”

The artwork is so provocative, in fact, that the school includes a disclaimer that “this exhibit contains graphic images that include racist, sexual, and violent content that visitors may find upsetting,” and has therefore only been rated as appropriate for visitors who are at least 13 years old.

According to The Iowa City Gazette, the exhibit is on loan from the Jim Crow Museum of Racist Memorabilia located on the campus of Ferris State University in Michigan, and includes racist cartoons, homophobic propaganda, a graphic photo of a lynching, and gender-bias images.

In keeping with contemporary priorities in higher education, the artworks will be concealed by a wall that acts as a massive “trigger warning,” complete with an explanation of the rationale behind the display.

“We think acknowledging and confronting these past and current attitudes is necessary to understanding their influence and changing their impact,” the trigger warning explains. “We think these objects and images, which highlight so much intolerance, can help us see what acceptance looks like.”

The exhibit is being held as part of UI’s second “Theme Semester,” a university-wide collaboration to host events and activities exploring a specific theme, with the goal of helping the school “forge new partnerships, promote publicly engaged scholarship, and contribute to communities statewide.”

The university’s news service announced Wednesday that the theme for this semester is “Just Living,” and will feature events and classes exploring social justice issues such as race, identity, and environmental justice.

“We hope to cultivate a greater appreciation for where cultures and groups intersect with each other in the community and generate support for this work on campus and across the state,” said Chief Diversity Officer and Associate Vice President Georgina Dodge. “Social justice calls on all of us to ensure that everyone is provided equal rights and opportunities.”

Thus far, organizers say they have identified more than 130 academic courses that will adhere to the theme, along with more than 100 non-academic events, starting with the THEM exhibit.

Other events planned for this semester include a lecture by Angela Davis—a two-time Communist Party candidate for vice-president who in 1970 was arrested for her role in a courtroom occupation that resulted in four deaths—about her work combating oppression, as well as lectures from well-known proponents of environmental justice and transgender advocacy.

“There are no easy solutions to injustice, but we must continually build on solutions,” Dodge asserted. “We’re looking forward to the numerous opportunities this semester that will allow our campus and community to explore themselves, their relationship to others, and the world they live in—and create spaces for important dialogue.”