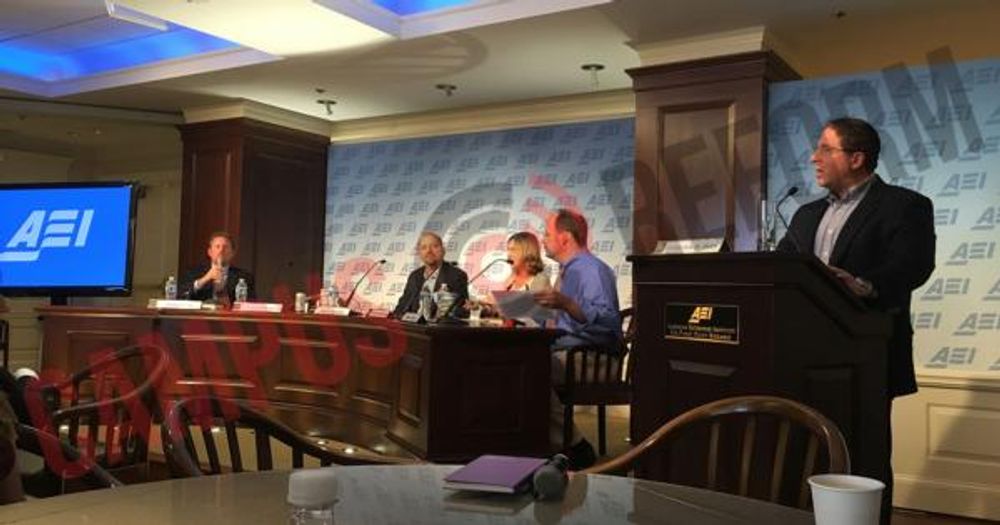 Panelists for the American Enterprise Institute agree that American universities are driving away much-needed conservative intellectuals because of their liberal policies.

An AEI panel discussion last Wednesday, titled “The Close-Minded Campus? The Stifling of Ideas in American Universities,” focused on the scarcity of conservative professors and students in the social sciences, with the panelists noting that conservatives are outnumbered in the field even by self-proclaimed Marxists.

Dunn and Shields, authors of the book Passing on the Right: Conservative Professors in the Progressive University, revealed that their study, conducted in preparation for the book, showed that the close-mindedness of university toward conservative ideas depended on the field of study.

About 18 percent of social scientists in the United States self-identify as Marxists, compared to only about 5 percent who identify as conservatives, Dunn and Shields reported.

The panel believes that this is a great loss for conservative students and professors.

“That’s work conservatives need to do more of,” Teles said of the field of sociology. “I think this is another case where the absence of conservatives in sociology is very deeply problematic for conservatives because a lot of those kinds of methods and insights definitely improve the quality of conservative thought and analysis.”

The problem, they said, is that liberal policies are driving away both conservative professors and students from American universities.

Moreover, as conservative students face opposition like violence and censorship on college campuses, the university atmosphere has made it difficult for such students to concentrate on their academic studies.

Sommers elaborated on that point, referencing the “culture of paranoia” that has been growing on liberal campuses because administrators have “empowered some very neurotic people on campus, and risk-averse lawyers and deans are going along with it.”

Teles agreed, saying that there is the problem of “the growth of academic administration,” which he thinks “almost everywhere is a kind of plague . . . [a] new administocracy.”

The panel also discussed whether or not students and professors should pursue work in the academic world or in traditionally liberal fields of study. Despite the miniscule numbers of conservatives in the social sciences, the panel offered a few solutions to colleges and universities.

Sommers believes that “some university should declare itself a safe space for open debate . . . and dispense with trigger warnings” altogether. Safe spaces and trigger warnings, she pointed out, target and single out conservative students.

“There is a fallacy at the heart of this theory [of liberalism],” she said, “which is that ostensibly it’s trying to discourage sexism, racism, classism, but to discourage it, it practices them . . . And it’s almost an excuse for bullying.”

Shields then suggested an exchange program for professors, through which conservative colleges like Hillsdale College would be able to “export” professors to liberal universities like Amherst College, and vice versa.

“Hillsdale would certainly be more of a culture shock to an Amherst [professor],” Hess joked.

Teles proposed that intellectual conservative students entering academia should find a mentor to guide them.

“To be a good conservative”, Teles said, “. . . somebody needs to tell them what to read, what sort of activism is appropriate to engage in, which is true of going into any kind of field. You need to have mentors to look up to to tell you, ‘here’s how you’re supposed to behave.’”

Ultimately, the panel agreed, more intellectual conservatives are needed in all fields of academia, not just in economics, business, and the natural sciences.

Students and professors should not be afraid if they “want to pursue lines of inquiry that are rooted in conservative assumptions or values,” Hess asserted, adding that fields like sociology and other studies should not be dominated solely by liberals, because conservative ideas are so essential.

“Should we discourage conservatives from going into academia?” Shields asked. “The university may feel very closed at times, but that doesn’t mean that it’s an institution that’s beyond reform or change.”