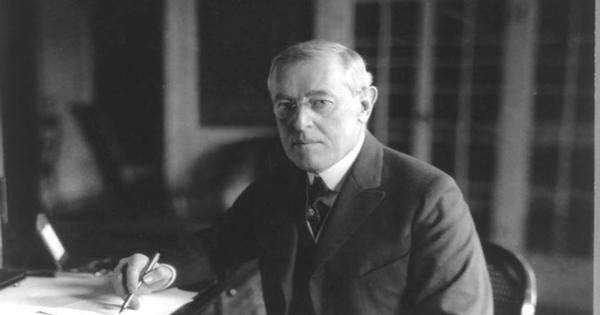 Monmouth University will keep “Woodrow Wilson Hall” as the name of its central administrative building, despite cries of racism.

The Board of Trustees voted on June 24th to keep the building’s name, but offered the compromise of requiring the administration to take “significant steps” to promote education and understanding of Wilson’s legacy.

“We know that we have a responsibility to tell Wilson’s full story, the good and bad.”

“I am proud that our entire Board chose to proactively examine Wilson’s legacy with the help of faculty, students, and staff members,” said Monmouth University Board Chair Henry Mercer. “From this we know that we have a responsibility to tell Wilson’s full story, the good and bad. This provides a valuable learning opportunity for the Monmouth University community.”

The university held open forums, small group discussions, and surveys to determine the impact of the building’s name on both current students and alumni. University president Paul Brown reported that the overwhelming reaction from alumni was that removing the name would be equivalent to erasing history, which he said “is never an appropriate action for any academic institution.”

Princeton University faced a similar decision in April, when student activists demanded the university remove a mural of the former president (of both Princeton and the U.S.) from a dining hall and change the name of the Woodrow Wilson School of Public and International Affairs.

Princeton President Christopher Eisgruber agreed to “initiate conversations” about meeting the students’ demands with the Board of Trustees, but CNN reports that the Board decided in April to keep Wilson’s name in place while pursuing “an expanded and more vigorous commitment to diversity and inclusion at Princeton.”

While Wilson was once the president of Princeton, his ties to Monmouth are more geographical. In 1916, Wilson stayed in the mansion located on Shadow Lawn, which was later known as the Summer White House. The building’s name changed many times over the years, but was not officially titled Woodrow Wilson Hall until 1966. It is now a national landmark.

Wilson’s legacy has recently come under fire because of his inflammatory and segregationist views on race. Although Wilson won a Nobel Peace Prize for his work during World War I and spearheaded the creation of the Federal Reserve, he also segregated the federal government and was a supporter of the Ku Klux Klan.

Despite these unsavory views, the Monmouth board felt that “[the] decision to honor Wilson’s record of service, while simultaneously educating the community on his controversial positions, embodied one of the most basic tenets of a liberal arts education; deriving knowledge from complex issues that cannot be reduced to simple binary terms.”

Monmouth’s education efforts will include creating a living history space in the building and adding visitor education through campus tours. They also plan to honor Julian Abele, “one of the first professionally trained African American architects,” who was responsible for designing the interior of Woodrow Wilson Hall.