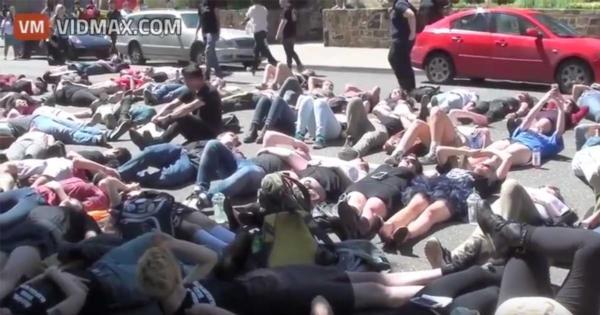 Portland State University is continuing to ramp up their diversity efforts despite “White paternalism” allegedly stifling the process.

According to Diverse Education, PSU recently embarked on a four-year strategic plan, one element of which is an initiative called “Equity Lens” that encourages faculty to look through the lens of “race and ethnicity and through the prism of the lived experiences of marginalized communities” as they analyze the plan.

“A group of leftist Whites, who claim to be representing students of color, have stifled progress.”

“Our aim is to address the roots of inequities, including but not limited to racism, homophobia, sexism, ablesim, classism, and the intersection of these inequalities,” states the strategic plan document, which took effect this year and will continue through 2020.

“We commit to inclusion of historically marginalized communities and those underrepresented in higher education. We commit to ensuring that equity is integral to all elements of this plan—in its design, substance, implementation and the metrics used to measure progress,” the document adds, reiterating that “equity considerations are included with each strategic goal to guide implementation.”

The university emphasizes the importance of infusing culturally relevant pedagogy into every academic curriculum, including disciplines as diverse as psychology and communications which are harder to infuse a “diversity” agenda into.

“Everyone is making this work very visible,” says Dr. Sona Karentz Andrews, a provost and Vice President for Academic Affairs at PSU who says she has not encountered pushback from faculty in what could have easily become a contentious struggle, particularly around the issue of academic freedom.

While there may have been no pushback, one longtime faculty member who wishes to remain anonymous complained that “White paternalism”—in the form of white students claiming to represent minority students—has stifled the progress of protests and movements.

“While you have the rise of conservatism on some college campuses that are really trying to do away with ethnic studies and other programs, we have an administration [that] is genuinely trying to do the right thing by addressing inequities, but a group of leftist Whites, who claim to be representing students of color, have stifled progress,” the unidentified professor lamented, saying, “­This is the ultimate example of White paternalism.”

One such protest was a staged “die-in” by students who opposed letting campus security guards carry guns, which, while unsuccessful, did give the students a chance to gripe about capitalism, racism, and “the patriarchy.”

Among the programs the University has in place to attract diversity is School of Gender, Race, and Nations, which is an interdisciplinary program that includes Black Studies, Indigenous Nations Studies, Chicano/Latino studies and Women, Gender and Sexuality Studies.

Despite Native Americans constituting less than one percent of the American population, PSU also has a Native American Student and Community Center which is coupled with the Indigenous Nations Studies Program.

PSU also has a resource center for students with children, who constitute 22 percent of all students.

“We look very different from the community and the state,” says Andrews. “Ours is a campus that embraces the diversity we have in terms of age, in terms of gender, in terms of life experiences, ethnicity, and religion.”