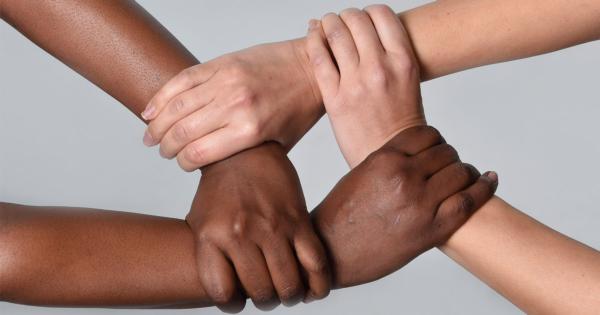 A New York college will be mandating a diversity course requirement in which all students, regardless of major, will need to study race, class, or another identity.

Hamilton College in Clinton, New York, will be implementing the requirement starting its 2017-2018 school year, according to The John William Pope Center.

"[W]hat to some is measured repression becomes intolerable oppression, what is harmless jest becomes harassing microaggression."

All concentrations will require students to take one or more courses that inform them of “structural and institutional hierarchies based on one or more of the social categories of race, class, gender, ethnicity, nationality, religion, sexuality, age, and abilities/disabilities.”

Students must gain “an awareness of the challenges and responsibilities of local, national, and global citizenship” by “critically engag[ing] with multiple cultural traditions and perspectives, and with interpersonal situations that enhance understanding of different identities.”

Several faculty members have lately been pushing for a more progressive campus climate at Hamilton.

The requirement “grew out of our students’ heartfelt request to implement [it],” said Hamilton’s Committee on Academic Policy in an email regarding the diversity requirement.

The college also used the email as an opportunity to issue what the Pope Center described as “demands.”

“End overt acts of racism and other forms of hate speech and acts, e.g. [a fraternity-sponsored] ‘Mexican Night,’ ” Hamilton instructed students. “Create longer-term institutional change to make the College a truly diverse institution.”

During the spring semester, Okazawa-Rey sent a separate email to the “Hamilton community” informing students that eight of their peers had attended “a social justice leadership school”—which she oversaw—in Tennessee’s Highlander Center. According to Okazawa-Rey, the students said that the experience was “transformative.”

In fact, Dr. Okazawa-Rey said that the students would hold a “teach-in” for students who had not attended the school to communicate “the contribution they hope to make to the lives of incoming first-year students,” which they had previously done in a “Participatory Action Research Project.”

However, at least one professor at Hamilton opposes these changes.

“As with most initiatives of this type, an alliance of activist students and activist faculty become a driving force in seeking to impose changes in campus curriculum and campus life,” Hamilton History Professor Robert Paquette told Campus Reform.

“The virtually unlimited resources that now flow to an alphabet soup of left-of-center groups, faculty and students, in institutionalized safe spaces guarantees their potency.”

Paquette noted the lack of intellectual diversity at Hamilton, stating that debate is usually between groups within the left and “over means, not ends.”

“As the vote of Hamilton's faculty indicates, a supermajority favors these curricular changes,” said Paquette. “Embrace of all or part of the agenda, either because of fear or sympathy, comes from every corner of the power structure, from trustees, to administrators, to faculty.”

Paquette is the only undergraduate professor from the nation’s top 50 liberal arts schools to donate to a Republican candidate for president during this election cycle.

“Since administrators usually kowtow to the activists, showering them with largesse, why should they cease or desist in their actions?” Paquette asked rhetorically. “Indeed, staging outrage to gin-up dissent is part of the established playbook.”

“Already there seems to be movement by certain departments to create lists of approved ‘diversity’ courses. One rather doubts that my course on conservative thought will make the list.”

Noting that there is no academic reason for the diversity requirement, Paquette observed that Hamilton does not define the “diversity” it wishes students to learn.

“One must understand that on the postmodern campus, entire schools of thought exist to muddle distinctions and to inculcate ideology in the void,” Paquette explained. “Thus, what to some is measured repression becomes intolerable oppression, what is harmless jest becomes harassing microaggression.”

Campus Reform reached out to Dr. Okazawa-Rey and the rest of Hamilton’s Women’s Studies department for comment, but did not receive a response in time for publication.

Correction: A previous version of this article incorrectly identified Dr. Okazawa-Rey as the chair of Hamilton's Women's Studies and incorrectly attributed two senior theses to her supervision.