CSULA dumps speech policy, but is the replacement any better? 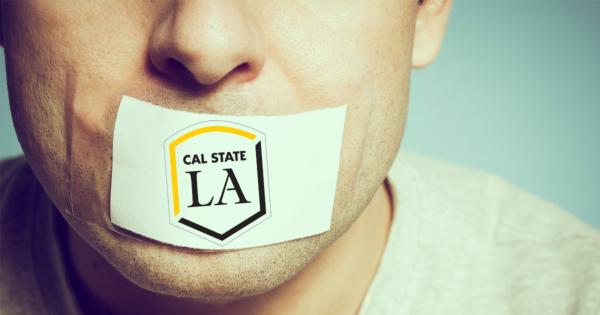 California State University, Los Angeles (CSULA) has tried to duck a lawsuit over imposing security fees on controversial speakers, but it may have run afoul of the First Amendment yet again.

In February, CSULA hosted Ben Shapiro despite efforts by CSULA President William Covino, faculty, and students to prevent him from coming and giving his speech, called “When Diversity Becomes a Problem," FIRE reports.

[RELATED: Anti-Shapiro protesters at CSULA say “hate speech” should not be allowed on campus]

When Shapiro was invited to campus to speak, university administrators foisted a fee on Shapiro and Young Americans for Freedom (YAF) to cover security, which amounted to $600. According to FIRE, the demand was based on policies that allowed administrators to require a security presence when the campus hosted “controversial speakers,” which enacted a tax, essentially, on whatever the campus deemed “offensive speech.”

Shapiro and YAF filed a lawsuit against CSULA in May.

On July 14, CSULA sought to dismiss the lawsuit on the basis that it had abandoned the policy in question that forced students to pay a security fee whenever a “controversial” speaker comes to campus. However, the new policy is one that infringes on First Amendment rights, according to FIRE.

The new policy allows CSULA to make a decision based upon experiences at other schools, which means the university now has the ability to deny a speaker like Ben Shapiro or Milo Yiannopoulos a presence on campus based solely on other campuses experiencing protests and unfavorable reactions to each respective speaker.

Even with this policy change, the university’s policy unfairly targets conservative students and speakers and still isn’t in compliance with the First Amendment, FIRE asserts.

According to FIRE, the First Amendment does not allow colleges to grant carte blanche power to administrators to make decisions about whether to charge fees without objective, published criteria to guide those decisions. Without the criteria, there is a risk that administrators will allow their own opinions dictate whether some groups and speakers must pay fees, and whether others do not.

Specifically, FIRE says that viewpoint-based security fees were ruled unconstitutional in Forsyth County v. Nationalist Movement, in which the U.S. Supreme Court declared that the reactions of the listeners are “not a content-neutral basis for regulation… Speech cannot be financially burdened, any more than it can be punished or banned, simply because it might offend a hostile mob.”

Gauging whether or not to impose a security fee because of the identity of the speaker created a perverse incentive for disruption, FIRE states.

“Public universities should be a place where ideas are freely shared,” YAF notes.

“They should promote and celebrate free speech, not silence it through administrative filibuster, unconstitutional policies, intimidation and threats of violence. Yet that is exactly what happened to our clients when they tried to hold, of all things, a Free Speech Event.”