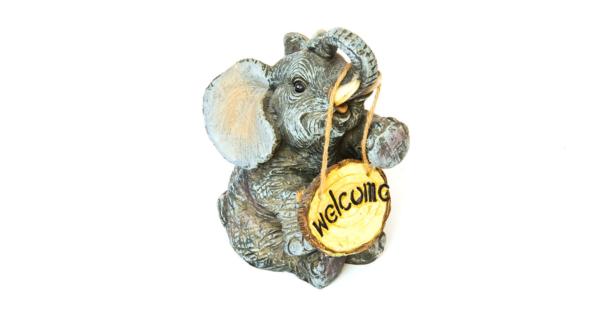 A Muslim student at the University of Michigan says that while liberals reduce him to his minority identity, conservatives invite him into their “worldview.”

Omar Mahmood, the Editor of The Michigan Review, penned an op-ed last week titled “Smug Liberalism and the Ryan Selfie” in which he confesses his conservative leanings, despite being Muslim, and recounts the backlash he has faced from other Muslims who have labeled him an “Uncle Tom”.

“The conservatives don’t try to pander to me, they want to invite me into their way of thinking.”

Mahmood explains that while both liberals and conservatives approach him as a brown Muslim, the liberals tend to reduce him to that identity and pander to him, while conservatives don’t.

“The conservatives don’t try to pander to me, they want to invite me into their way of thinking instead of pandering and that’s the difference I find,” Mahmood told Campus Reform. “Democrats try to play identity politics in a way Republicans don’t.”

Mahmood, who describes himself as a classical liberal whose views most closely align with contemporary American conservatism, says he frequently has to hear about how Republicans are “stupid and racist” and how he sides with “rednecks that want [Muslims] kicked out of this country.”

He refers to Speaker of the House Paul Ryan, who took a selfie with a sea of predominantly white congressional interns in July that aroused criticism and the hashtag #GOPSoWhite.

“I don’t need the #GOPSoWhite selfie to remind me so,” he protests. “Democrats do it all the time.”

While Mahmood believes minority outreach by political parties is essential, he notes that the strategies the two major parties use are much different, lamenting that Democrats explicitly prey on minority groups and treat them as monolithic, single-issue voting blocs even though their concerns often extend beyond the ones Democrats assign to them.

In 2012, he points out, the Democratic National Convention split itself into identity-group caucasus—such as the women’s caucus, the gay caucus, the Latino caucus, and the black caucus—while the GOP convention focused on articulating the positions that Party supporters hold in common.

In contrast, Mahmood told Campus Reform that conservatives eagerly welcome him and other minorities because their ideals go beyond identity, saying, “They’re happy to have me as a voice to show that they’re welcoming, but also that their conservative ideals go beyond superficial things like skin color and where you came from.”

Mahmood’s views are unpopular among Muslims, 75 percent of whom identify as Democrats, according to Pew Research Center.

“When Caitlyn Jenner claims that it was harder for her to come out as a Republican than as a trans woman, she makes a powerful rhetorical point,” Mahmood asserts. “I understand it, as someone who has been called an Uncle Tom.”

To Mahmood, being called an “Uncle Tom” is the most racist term he’s ever been called.

“It divides me from my intellect, as if I have to think a certain way because I’m brainwashed and not an independent thinker,” he told Campus Reform. “‘Uncle Tom’ is the most racist attack used by liberals.”

Mahmood has even faced consequences on campus for his unpopular opinions, including a forced apology letter he was compelled to issue for a piece he wrote in The Michigan Review in 2014 that allegedly created a “hostile environment” amongst the editorial staff at The Michigan Daily.

The piece, titled “Do the Left Thing,” satirically ridicules the culture of hyper-sensitivity prevalent on college campuses.

“People on campus in general tend to disparage Republicans and conservatives,” Mahmood explained to Campus Reform. “It’s common to hear things like ‘I hate white people’ because people just rationalize it in my presence by thinking ‘Oh, he’s brown, he’s definitely getting in on the joke,’ when I’m not. I’m already surrounded by disparaging of conservatives and Republicans and being a minority has added to that pressure.”

Mahmood noted that he has not written any new satire since that controversial 2014 op-ed, and does not plan to return to the format anytime soon because he “likes the quiet life” and does not wish to endure a repeat of the “tumultuous” ordeal occasioned by his last such effort.

While Mahmood says he has no interest in voting, he still celebrates the “populist upheaval” that has given rise to people like Ann Coulter and Donald Trump, “if only because the smug liberal keeps telling me that a person of my skin color is not supposed to.”