'Are you still wondering if your costume might be racist?' 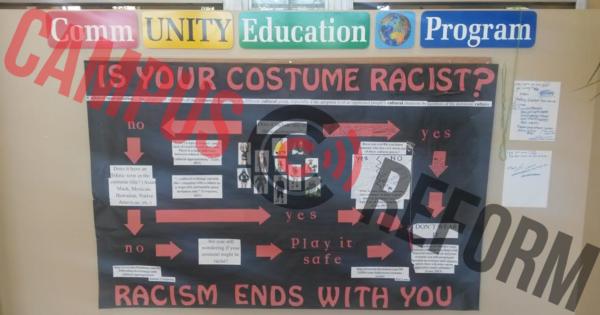 The posters are part of made a project organized by the Indiana University CommUNITY Education Program—whose mission statement “is to foster respect and understanding in the residence hall communities and to create an environment that seeks, welcomes, and values all people”—to assist students in gauging whether their Halloween costumes are racist or offensive.

“[Cultural appropriation] isn’t a sign of respect—just a lack of creativity and ignorance.”

The posters contain a flow chart with the title, “Is Your Costume Racist?” that leads students through questions such as “Does it have an Ethnic term in the costume title?” and “Does it include any of these accessories?” followed by multiple pictures of various costumes including individuals donning sombreros and head pieces from different cultures. 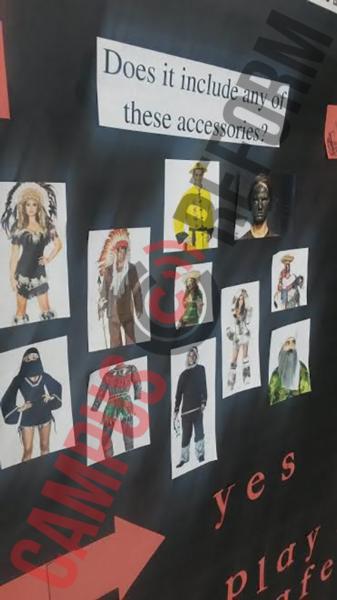 Referencing articles from the website Everyday Feminism, the board states that wearing costumes with elements from other cultures “isn’t a sign of respect—just a lack of creativity and ignorance,” and that “cultural exchange,” on the other hand, “can look like engaging with a culture as a respectful and humble guest, invitation only.”

The poster then warns, for those who "still" might not be sure about their costumes, to "play it safe" and pick something else to wear instead. 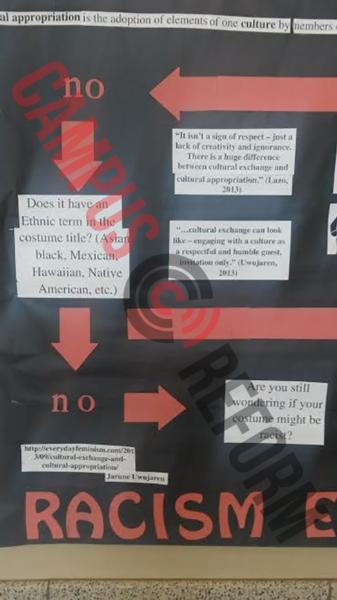 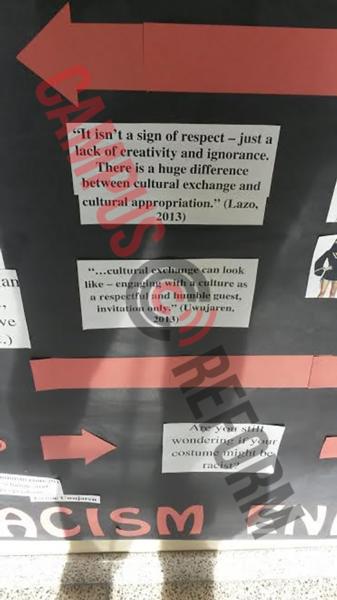 Marissa Gentry is an Indiana Campus Correspondent, and reports liberal bias and abuse for Campus Reform. She studies Environmental Science and Policy at Northeastern University and is involved in Young Americans for Liberty and Students for Sensible Drug Policy.