SMU revokes, then restores, honor for daughter of slain officer 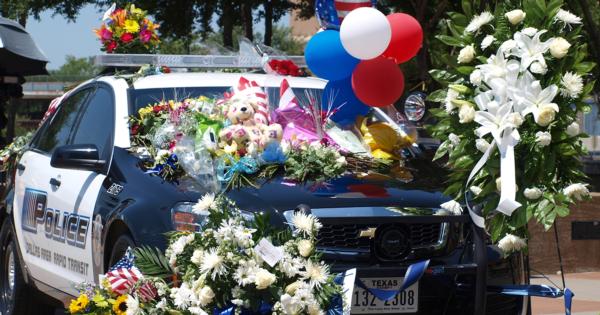 Southern Methodist University revoked a promise to the daughter of a slain police officer that she could perform the first-serve at a volleyball game to honor her father, but now claims the cancellation was a mistake and that the invitation still stands.

Victoria Smith, the daughter of Sgt. Michael Smith, was supposed to give the honorary serve at the SMU volleyball game on November 12. Sgt. Smith worked with the Dallas Police Department, and was among the five killed in the line of duty on July 7.

“The volleyball program...feels that in light of recent events...the demonstration could be deemed insensitive.”

Victoria’s mother, Heidi bradley Smith, took to Facebook to express her anger at the situation, sharing an email she had received informing her that Victoria would no longer be able to give the first serve in light of recent events that could deem the action as being “insensitive.”

“I regret to inform you that we will not be able to go through with the honorary first serve. In the switch between staff members and the handling of volleyball promotions, some information was not forwarded on correctly from (name omitted) to myself and I deeply apologize for that,” the email states. “The volleyball program was not correctly informed that this would be taking place at the game, and feels that in light of recent events and diversity within the SMU community, that the demonstration could be deemed insensitive.”

The email explained that Victoria would instead be offered the opportunity to stay after the game for an autograph session with the team.

SMU, however, claims that the invitation still stands, and blames the erroneous email on a miscommunication within the staff.

“The SMU Volleyball program extends its sincere apologies to the Smith family and is reaching out this morning to speak directly to Mrs. Smith to apologize and reinforce that the invitation stands,” the university told Campus Reform in a statement that is also available on the university’s Twitter account.

“This incident does not reflect SMU values. Due to a change in staffing, there was a breakdown in communication that led to this unfortunate situation. This communication to Mrs. Smith would never have occurred if proper approval and communications procedures had been followed,” the school explained. “The invitation was intended to help a family heal, and we very much look forward to Victoria’s first serve in the volleyball match Saturday.”

The statement concludes with a reminder that SMU has paid tribute to Sgt. Smith in the past, along with other first-responders from the area who have been killed in the line of duty.