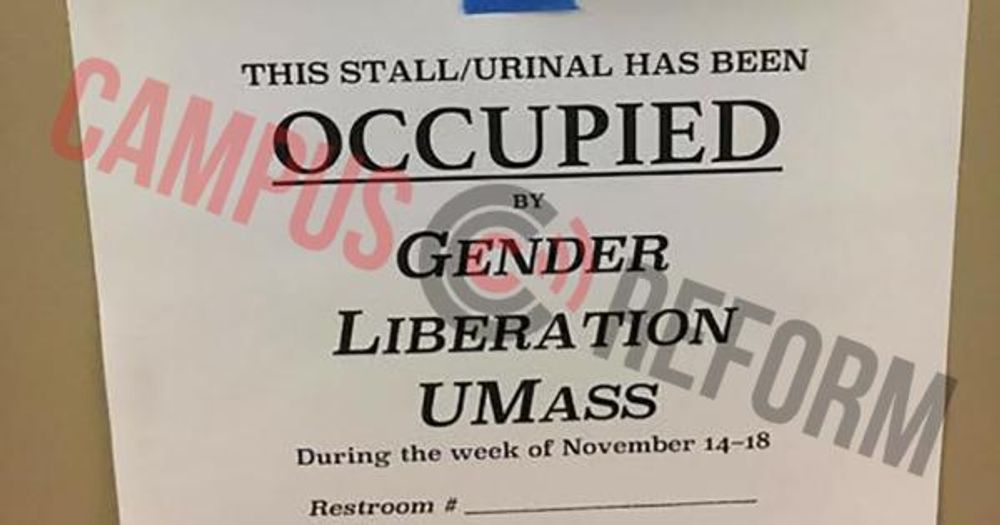 Students at the University of Massachusetts, Amherst are staging a week-long “shit-in,” occupying restrooms in an administration building to demand more gender-neutral facilities.

The “Shit-In at Whitmore” demonstration began Monday morning at the Whitmore Administration building (which the activists have nicknamed “Queermore”), and organizers intend to have students continue occupying stalls in the building’s male and female restrooms until their demands are met, though the Facebook event specifies a Friday afternoon ending.

Gender Liberation UMass (GLU), a student group at UMass, is responsible for organizing the event, and provides an online sign-up form for supporters to stake out specific times and locations, giving them the option of stating whether they prefer to be along in a stall or to share one with “other sitters.”

The primary goal of the protest is to convince the administration to convert additional bathrooms on campus into gender-neutral facilities by changing the signage, which the group believes will promote “trans inclusivity and safety on campus,” but GLU has also articulated two additional demands, pledging to continue obstructing toilets until all three are met.

In addition to gender-neutral restrooms, the group is calling for the “advancement of medically and socially competent in-house transgender health services at the University Health Services center,” as well as the “hiring of a professor by the WGSS [Women, Gender, and Sexuality Studies Department] who is an expert in the field of critical transmisogyny from an intersectional perspective.”

Divest UMass, a student environmentalist group, released a statement on its Facebook page expressing solidarity with the GLU protesters

“These demands are elementary, and it is disappointing that UMass has failed to meet the needs of trans and gender non-conforming students to date. The administration must seriously put a plan into action to de-gender its facilities,” the message declares. “In the meantime, maybe they will feel a little bit as anxious as trans students do just trying to pee on the campus they pay tuition to every single day.”

Within a day of the restroom occupation starting, GLU announced that it had secured a meeting with Vice Chancellor of Student Affairs Enku Gelaye on Tuesday morning to discuss its demands, and subsequently reported Tuesday evening that administrators had “tentatively agreed to progressive ‘benchmarks’ put forth by organizers.”

“The administration is definitely listening and the tones of our conversation have changed quite a bit,” one GLU member told Campus Reform, though the group is cautioning its supporters to remain prepared, because “the need for action may arise at any moment.”

“Changing the signage really is not very expensive, and I don’t want to talk bad about the administration here, but that’s one of the things we’ve had to go back and forth about, is this idea of the cost of it,” another GLU member added. “I and other members of GLU think the numbers they have proposed for what it would cost to change the signage are way beyond what it would really be.”

UMass Executive Director of Strategic Communications Ed Blaguszewski, however, told Campus Reform that the university is committed to expanding the availability of gender-neutral restrooms, making no mention of cost concerns while asserting that university officials would continue to meet regularly with transgender students to discuss their concerns. 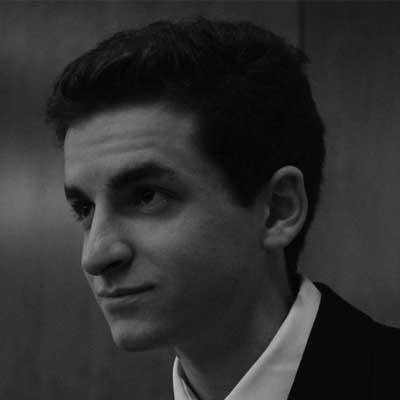