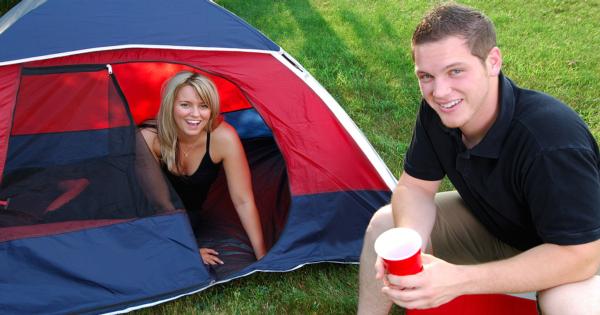 Students at the University of Dayton held a “sleep-out” on campus Monday night to show support for the protesters at Standing Rock.

Despite near-freezing temperatures and predictions of rain, one member of the group confidently predicted that they would “survive,” telling the The Dayton Daily News that “having some discomfort tonight is the point,” while others proclaimed that enduring the weather with little more than sleeping bags, tents, and blankets was “the least we could do” after what people put themselves through protesting the Dakota Access pipeline.

“We still need to keep fighting for water rights and sacred rights.”

Organizers said they expected to have 50 students join them for the event, during which they held a Skype call with an actual Standing Rock protester, heard from a local Native American activist, and discussed the pipeline protests over music and hot drinks.

Celia Montemurri, one of the event’s organizers, explained that the protesters “wanted to give them a little support, all the way over here in Dayton, Ohio, to show them that we think what they’re doing is right and justified.”

Despite the announcement from the Army Corps of Engineers on Sunday denying final authorization and essentially halting construction of the pipeline, UD students interviewed by WHIO still considered their demonstration necessary.

“We still need to keep fighting for water rights and sacred rights,” organizer Sarah Richard argued, saying,“this is a celebration and continuation of standing in solidarity.”