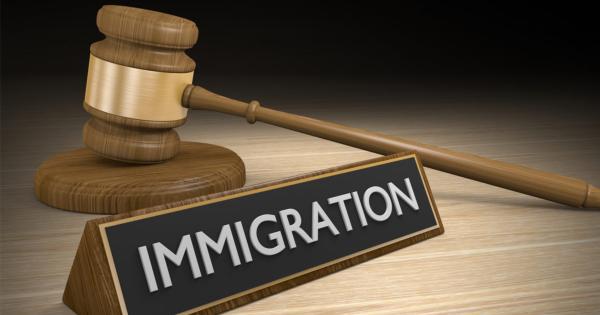 A law professor at the University of Virginia (UVA) says that “sanctuary campuses” aren’t legal structures, according to The Cavalier Daily.

Professor David Martin of the University of Virginia School of Law and Charlottesville immigration attorney Edward Summers were panelists at an event discussing how President-elect Trump’s immigration plan could affect those currently shielded from deportation under Deferred Action for Childhood Arrivals (DACA). The panel was hosted by the university’s Department of Spanish, Italian, and Portuguese, along with DREAMers on Grounds.

"[A] sanctuary area is maybe more rhetoric but has no real world existence..."

In 2012, President Obama signed DACA into law using an executive order, granting those who arrived in the United States illegally as children deferment from deportation, along with the ability to obtain work permits.

It is estimated that anywhere from 700,000 to 750,000 residents in the country have DACA status, while Summers and Martin believe that that number includes as many as 30 UVA students.

“DACA is not lawful status, [but] is an extension of something that has already existed — it created a structure for case by case decisions,” Summers said. “If you met the criteria, you qualified for DACA [and] essentially got permission to stay for limited amount of time and eligible for work authorization.”

“Trump’s options are freezing DACA and cutting off applications,” Summers said. “He could sunset DACA—or stop accepting renewals—or he could cancel DACA outright.”

The legal experts also discussed the proposal sent to UVA President Teresa Sullivan drafted by DREAMers on Grounds and university professors in an effort to make UVA a sanctuary campus. President Sullivan signed a letter confirming her support for DACA students, following the presidents of Virginia Tech, Virginia Commonwealth University and William & Mary.

According to them, sanctuary campuses are a bit misleading, as immigration officers would only need a warrant to enter the residence dorms.

“[A] sanctuary area is maybe more rhetoric but has no real world existence — it’s an expression of a sense of the community more than they are a legal or physical structure,” Summers said. “Calling a sanctuary [campus] could be counterproductive and inspire backlash from [the state legislature], that the University isn’t following the law.”

Legally, UVA is limited in how much it can do to protect illegal students.

“Because U.Va. is a public institution, the University does not have the right to refuse entry to the Grounds to federal, state or local law enforcement,” UVA spokesman Anthony de Bruyn told The Cavalier Daily. “The University has taken many steps as an institution to secure and protect all student information and would not release the identity of DACA students except to the extent required by law.”

“The other thing that the University can do that would be directly beneficial would be to deal with the question of what to do about students who are actually enrolled who have deferred action and a way to have them actually graduate,” Summers said.

In an email to Campus Reform, Mr. Summers, noting that he is not affiliated with UVA, clarified his statements regarding the steps the university may take with regards to DACA.

“The referenced 2014 AG Herring opinion established eligibility for in-state tuition for DACA holders. (It followed from a 2002 AG Kilgore opinion applying the same analysis to TPS holders.) My understanding is that these interpretations of the law are controlling and that UVA is bound by them, as are all Virginia schools. I do not believe I expressed an opinion whether UVA should take steps regarding that issue and I would say that is entirely a policy issue for the administration.”

Summers says that universities are likely examining the course of action they will take with regards to enrolled students that have DACA status if the program is terminated. The termination would likely result in a loss of in-state tuition benefit, which may cause the students unable to afford the tuition increase to withdraw.

“The big question for the universities in Virginia is whether those students who can pay the increased tuition will be allowed to continue their studies. There is no law in Virginia or at the Federal level that specifically prevents individuals lacking current legal status from attending or graduating from a college or university in the Commonwealth,” he wrote.

“Historically, some Virginia schools have accepted students without current status (i.e. not DACA holders), while others have not. I believe this is a policy decision made by each university’s administration or governing board. Those policies may be focused only on admission, however, and may not tell us exactly what a school would do for a student who is originally admitted in keeping with a policy requiring a showing of status but who later loses that status. As this issue does not appear to be controlled by any law, it would probably be resolved separately by each individual school in the say way the admissions policies are.”