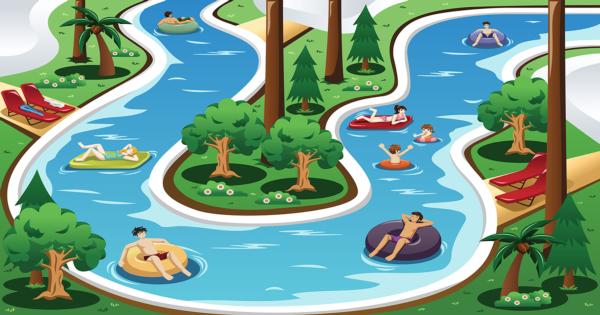 The University of Central Florida announced Monday that it plans to build a state-of-the-art athletics complex with an actual “lazy river” at a cost of well over $20 million.

Apart from the “lazy river” surrounded by palm trees, the $25 million facility will feature a $1 million sports-nutrition center, a cabana area, and even a miniature golf course, all intended to create a “place for athletes to relax, recover, and get to know each other,” according to Director of Athletics Danny White.

“We want it to be kind of like an Olympic village. That’s why we came up with...the lazy-river.”

White defended the project in an appearance on the Open Mike radio show, where he insisted that the project’s extravagances are necessary to give UCF a competitive advantage in attracting top athletes.

“There’s such a small percentage of athletes who are good enough to help us win championships in a specific sport,” White observed, arguing that if “they got that good, chances are they spend an awful lot of time training and practicing their sport, and so the facilities they’re going to compete in—and, more importantly, train in—are very, very important.”

White noted that his “competitors are constantly investing in facilities” and with the Florida weather he’s confident he can “pretty efficiently create a wow-factor that allows [his program] to compete nationally.”

“We want it to be kind of like an Olympic village,” he explained. “That’s why we came up with the leisure pool, the lazy-river, some putt-putt golf, and other amenities to make it hopefully the most unique athletic village in the country.”

The project was launched after the school received a donation of $5 million—the largest in UCF’s history—and White assured reporters on Monday that the athletics overhaul will be completely “privately funded,” explain that the school still has “a lot of fundraising to do.”

He did mention, though, that sufficient funds have already been raised to complete the initial phases of the project, which will begin at the conclusion of the 2017 baseball season, according to Knight News.

“The facilities vision is something we’ve worked on for the last several months. We’re excited with how it positions us regionally and nationally in college athletics,” White reiterated at Monday’s press conference, hinting at the prospect of potentially opening up some of the luxurious amenities to fans on game days, or to high-level donors.