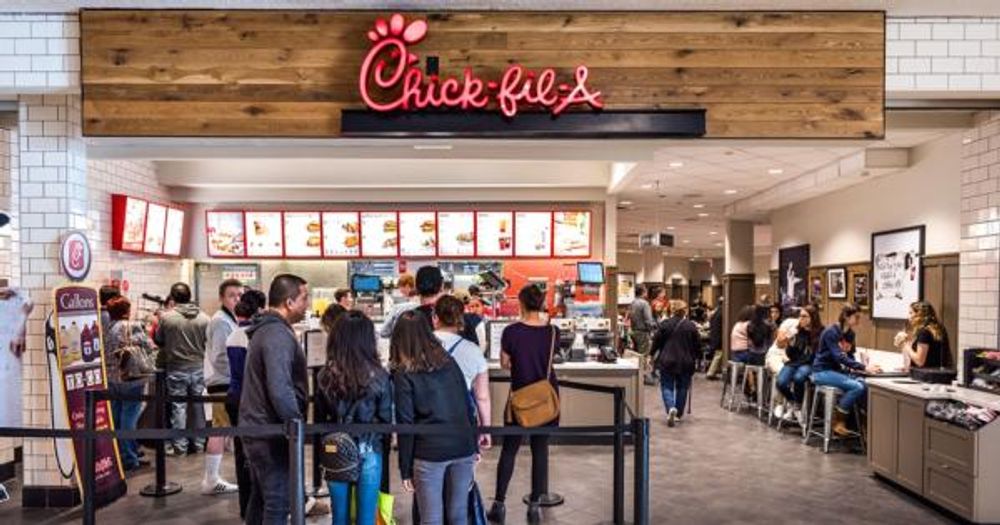 Student senators at Duquesne University are lobbying for the cancellation of plans to bring Chick-fil-A to campus in the fall, saying they “fear” for the safety of their peers.

The popular fast-food chain came under fire in 2012 after its president, Dan Cathy, admitted his company was “guilty as charged” for donating to organizations opposed to same-sex marriage, prompting years of protests by LGBT activists, especially on college campuses.

Campus Reform reported in 2015, for instance, that the Student Government Association at Johns Hopkins University demanded the removal of Chick-fil-A from campus, calling its presence a “microaggression,” though outrage slowly died down as IRS filings showed the company had virtually cancelled its donations to organizations opposing same-sex marriage.

Now, however, Duquesne University Student Senator Niko Martini has reignited concerns over the company’s past by proposing a resolution at the Student Government Association’s (SGA) March 26 meeting to nix the restaurant from a list of proposed overhauls to the school’s dining options.

“Chick-fil-A has a questionable history on civil rights and human rights,” Martini remarked in a statement to The Duquesne Duke. “I think it’s imperative [that] the university chooses to do business with organizations that coincide with the [university’s] mission and expectations they give students regarding diversity and inclusion.”

While Martini’s initial resolution ultimately failed, the SGA did agree to consider an alternate resolution that would allow for a vetting process of the on-campus Chick-fil-A, according to The Duke.

Martini has the wholehearted support of the school’s Gay-Straight Alliance, of which he serves on the executive board, with the group’s president calling the fast-food chain a threat to her peers’ “safe place.”

“I’ve tried very hard within the last semester and a half to promote this safe environment for the LGBTQ community. So I fear that with the Chick-fil-A being in Options [an on-campus food court] that maybe people will feel that safe place is at risk,” Rachel Coury explained, adding that at the very least her organization would like “someone” to “make a statement” on the issue.

“It would be a really big deal for Lambda [Gay-Straight Alliance] and the whole LGBTQ community on campus if someone could make a statement to eliminate the fear of being marginalized by having this business on campus,” she said.

SGA President Olivia Erickson did comment on the matter, saying she takes “this concern very seriously,” and that SGA is “working on gathering students’ opinions and getting all the facts we can so we can make the best decision.”

Yet according to a university statement on the enhanced dining options, the plan to include Chick-fil-A was actually developed in response to a student survey demanding more chicken options on campus.

“More than 245 college campuses around the country...have successfully brought Chick-fil-A onto their campuses,” observed Executive Director of Auxiliary Services Scott Richards. “Now, our students will have the opportunity to enjoy the brand on our campus instead of having to travel to Oakland or the suburbs."

Campus Reform reached out to the SGA for comment on its April 9 discussion of Martini’s resolution, but did not receive a response in time for publication.