Profs say critics of '1-in-5' statistic are 'confused' 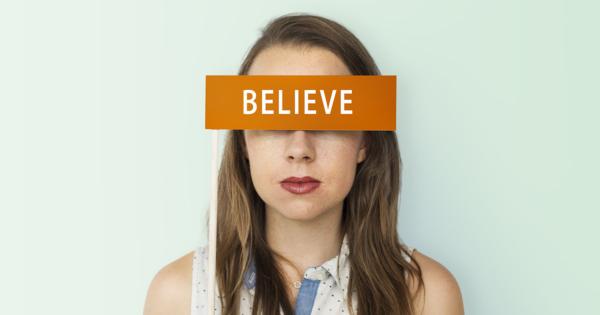 A recent study dismisses objections to the “one-in-five” statistic for campus sexual assault as “misunderstandings,” saying the controversy “is ultimately about values.”

According to the authors, conservative women like Heather Mac Donald, Christina Hoff Sommers, and Naomi Schaefer Riley are “confused” about the “methods and results” of previous sexual assault research, suggesting that the real reason they dispute the “one-in-five” statistic is “because this topic has implications for gender relations, power, and sexuality.”

“The [definition of] sexual assault is going to influence conclusions about the prevalence of the problem.”

“Evaluating The One-in-Five Statistic: Women’s Risk of Sexual Assault While in College” is a meta-analysis of sexual assault statistics research that was published in the April edition of The Journal of Sex Research.

Led by Charlene L. Muehlenhard, a Women’s Studies professor at the University of Kansas, the researchers examined previous studies into President Obama’s 2014 claim that “one in five women on college campuses has been sexually assaulted during their time there,” observing that “some commentators have criticized [the claim] as exaggerated.”

Acknowledging that a “broad” definition of “sexual assault” that encompasses actions like kissing or “verbal pressure” could “make prevalence statistics seem exaggerated,” they also sought to avoid using too narrow a definition, lest they “omit behaviors that many people regard as important” or “imply that any behavior not covered by this narrow definition is acceptable.”

Rejecting legal definitions because “researchers need not be constrained” by laws that “generally represent the interests of dominant groups,” they decided to include “kissing or groping” in their definition of sexual assault, but not “verbal pressure.”

After identifying 49 potential matches, the authors “found only four such studies” that actually met their inclusion criteria, three of them from the same lead author, but nonetheless felt comfortable concluding not only that 20 percent is a “reasonable estimate of the percentage of undergraduate women sexually assaulted while in college,” but that for college seniors, “one-in-four (25 percent) might be a better estimate for many campuses.”

Seeking to explain how other commentators have drawn such radically different conclusions about the matter, sometimes even based on the same studies, they suggest that the controversy is caused by “misunderstandings” on the part of their opponents, whom they also accuse of knee-jerk conclusions based on “perceived implications” of the research.

“Many critics of the one-in-five statistic have argued that researchers’ definitions of sexual assault were too broad, including trivial experiences,” they noted, citing Christina Hoff Sommers as one such “confused” commentator because she has argued that using such a broad definition “trivializes the horrific pain and suffering of survivors.”

Calling Sommers position “problematic for several reasons,” the researchers contend that “the effects of non-consensual non-penetrative sexual contact are not necessarily less severe than the effects of nonconsensual sexual penetration.”

Heather Mac Donald, Naomi Schafer Riley, Greg Piper, Ashe Schow, and Stuart Taylor are among the many other conservatives likewise accused of failing to understand sexual assault statistics by the researchers, one of whom indicated that they were motivated by concerns that some critics were motivated by politics.

“My coauthors and I were aware of the debate surrounding the one-in-five statistic. We knew that the Obama administration had used that statistic, and we also knew that other sources—often seeking to discredit the Obama administration for political reasons—had rejected that statistic as exaggerated,” University of Missouri professor Zoe Peterson told Campus Reform. “We set out to review the literature because we wanted to clarify for ourselves the extent of the problem.”

Peterson also noted that since there is no universally agreed-upon definition of the term, “the decision about how to define sexual assault is going to influence conclusions about the prevalence of the problem.”

Other co-authors of the study, including the lead author, did not respond to a request for comment from Campus Reform.