UC Berkeley will not silence conservatives

Ann Coulter will speak in Berkeley, regardless of the UC Berkeley administration's machinations.

[Editor's note: This op-ed by Campus Correspondent Troy Worden was originally published on April 20; in the wake of the cancellation of Ann Coulter's speech at UC Berkeley, we are re-upping it so readers can see the sorts of conditions the university attempted to impose on Ms. Coulter's speech]

They need be troubled no longer—the event has been cancelled.

Not for any lack of trying on BCR and BridgeUSA’s part, however. Much like our April 12 David Horowitz event, we are unable to host a conservative speaker on the most liberal campus in America because of bureaucratic scheming and red tape.

If criminal anarchists calling themselves “anti-fascists” are a threat to shut down your conservative speaker, university officials may never give them that chance.

BCR, BridgeUSA, the Young America’s Foundation (YAF), and Ann Coulter cannot go through with the event on April 27 because of a number of uncalled-for and unwritten policies jointly enacted by the university, UCPD, and City of Berkeley. We were told of a stunning new policy that all “high-profile speakers”, if speaking on campus, must conclude their talks by 3:00 PM (for the Coulter event, the university permitted us a mere 30-minute extension to this deadline).

Ms. Coulter had already changed a flight earlier in the negotiation process and could not have arrived in Berkeley any earlier than 2:00 PM. This time frame was overly restrictive, and aside from the burden it placed on all parties involved, the earlier timeline would have deprived many students the opportunity to hear Ms. Coulter speak.

Moreover, we were informed that no room large enough to hold our estimated audience (over 200 persons) was available for booking, not even Booth Auditorium at Boalt Hall, the location of a recent talk by liberal Supreme Court Justice Sotomayor.

Factoring in a likely security cost of over $5,000 to BCR and BridgeUSA, in addition to the $3,000 BridgeUSA has paid to bring Ms. Coulter to UC Berkeley, all parties decided the only option was not to move forward with the event. The combination of all these factors contributed to our final decision.

This raises a number of questions:

First, why did the administration not notify us when they developed the policy in the wake of the rioting over Milo Yiannopoulos earlier this year? We made it clear immediately after our event was shut down by UCPD that we planned on re-inviting Mr. Yiannopoulos, as well as Alex Jones and other controversial speakers.

If this policy were not an attempt to stonewall bringing influential conservatives to campus, they would have notified us earlier so we could have planned with Ms. Coulter and YAF for a 1:00 PM to 3:00 PM speaking time.

Second, what does the term “high-profile speaker” mean? Neither the administration nor UCPD can clearly define the term—as far as the Berkeley College Republicans and BridgeUSA can tell, it is a phrase meant to encompass all those speakers UC Berkeley considers an affront to its hyper-liberal reputation.

Consider an event that was held on April 19th at Anna Head Alumnae Hall, boldly titled “Breaking the Wall: Vicente Fox on the Future of US-Mexico Relations.” The fact that former Mexican President Vicente Fox can speak on campus from 3:00 PM to 4:30 PM is evidence enough of this egregious double standard.

If Mr. Fox does not fall under the category of “high-profile speaker,” then there can be no rationale for effectively barring Ms. Coulter—who has never held public office, let alone led a nation—except for the fact that she is an outspoken conservative critic of illegal immigration. Moreover, both Mr. Fox and Ms. Coulter are discussing the same topics, namely President Donald Trump and immigration.

The anti-Trump, pro-immigration speaker can present his arguments without facing cancellation; his opponent cannot. This is not an exchange of an ideas but a liberal echo chamber, plain and simple.

Third, what does the university hope to achieve with this new and overly restrictive policy? If the administration simply wants the Berkeley College Republicans and BridgeUSA to move their speakers to the fall in order to ensure greater time for preparation, they should have the courage to tell us so; instead, they have conspired with UCPD and the City of Berkeley to engineer arbitrary policies to enact a de facto ban on controversial conservatives for the rest of the semester.

And if this policy is actually placed into writing by the fall, it will undoubtedly and disproportionately fall upon the Berkeley College Republicans—we have already had three speakers cancelled this semester alone.

On April 18, Dean of Students Joseph Greenwell confirmed in a phone call that the policy is indeed not in writing. That is, instead of waiting to implement this policy once it has actually been drafted, the administration and UCPD have chosen to impose this policy prematurely.

Dean Greenwell also suggested on a call that we reschedule the event for next semester, but he acknowledged the curfew would be the same, the amount of rooms available during that time would be the same, and the safety concerns would still remain.

We suggested to Greenwell that if BCR and BridgeUSA could host the event in the evening and in a location of our choice, we would allow UCPD and the administration five months to plan for Coulter; he quickly responded in the negative.

In an e-mail from Vice Chancellor Scott Biddy and Vice Chancellor for Student Affairs Stephen Sutton on the same evening, it was made clear that the Berkeley College Republicans and BridgeUSA can only host Coulter on a Monday or Tuesday if in September, and that four-weeks’ notice will be required for planning. Given these incredibly stringent parameters (to which no other campus group is subjected) we do not believe the administration desires more time for preparation; they are only interested in censoring Coulter.

If the university thinks it has silenced Ms. Coulter, it’s mistaken: she is committed to speaking at an off-campus venue on April 27, and BCR and BridgeUSA are working with her to achieve this.

The so-called “Home of the Free Speech Movement” has so far been a shelter of leftist extremism and violence rather than a refuge for all students, regardless of political persuasion. If UC Berkeley will not protect our right to free speech, our only recourse lies in the free press and legal measures. The university will find that standing up for its principles is not only the moral but also the more practical route in times such as these.

We will not be silenced. 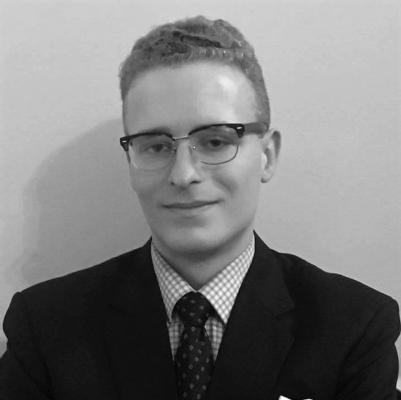