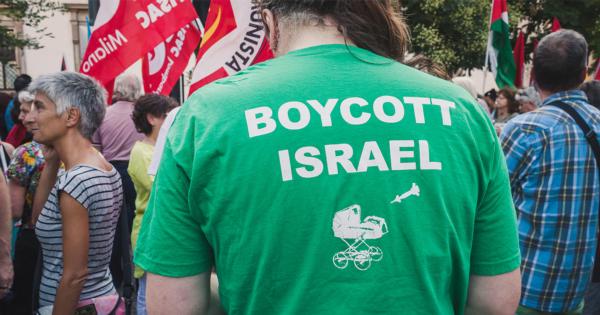 Tufts University has emphatically rejected a Boycott, Divestment, and Sanctions (BDS)-inspired Student Government resolution demanding a boycott of companies that do business with Israel.

Last week, on the eve of Passover, the Student Senate passed a resolution calling for the university to divest from four companies—Elbit Systems, G4S, Hewlett Packard Enterprise, and Northrop Grumman—that they claimed are implicated in the “occupation” and “apartheid” of “Occupied Palestinian territory.”

“Tufts University should not take institutional positions on matters of politics and public affairs.”

“Tufts should not financially support corporations that profit off the occupation of Palestine and the continued spread of settlements declared illegal under international law,” the resolution declared.

On Thursday morning, however, the Chairman of the of the Board of Trustees, Peter R. Dolan, sent a campus-wide email swatting down the suggestion in no uncertain terms,

“Tufts University will not divest from the companies doing business in Israel or impose criteria that would preclude investments in such companies,” he declared. “Tufts University should not take institutional positions on matters of politics and public affairs unless they relate directly to our core academic mission.”

[RELATED: Despite BDS movement, no university has fully divested from Israel]

The email also noted that “both President [Anthony] Monaco and Alan Solomont, dean of our Tisch College of Civic Life, have outlined significant concerns about the process by which the TCU Senate resolution advocating divestment was brought forward,” seemingly referring to concerns Monaco expressed about the vote on the resolution being scheduled on the eve of Passover, when many Jewish students could not attend to express their opposition.

Monaco explained in a statement after the resolution passed that “we are concerned that the supporters of this resolution chose to place it on the Senate agenda immediately before Passover, a time when some students interested in this issue were away from campus.”