UChicago reminds freshmen that it doesn't do safe spaces

The University of Chicago dean who shocked freshmen last year when he warned them not to expect “safe spaces” on campus has issued a similar message to the Class of 2021.

“At the University of Chicago, we insist that all faculty and students are free to debate, disagree, and argue, without fear of being silenced,” Dean of Students Dr. John (Jay) Ellison wrote in a letter welcoming incoming freshmen to campus.

Ellison also included a comprehensive paper written by Dean of the College John Boyer, which recounts the school’s historical commitment to the principles of free expression and summarizes the policy statements that have made it a role model for other universities around the country.

“From its founding in 1890 the university has been a place of intense and productive debate and discussion, undertaken with the conviction that full freedom of expression and analysis is crucial to the cultural identity and scholarly mission of a real university,” Ellison noted. “Because our campus is a place that respects unique perspectives and powerful ideas, it is also a place where opinions and even core beliefs will be tested, sharpened, and subjected to rigorous academic analysis.”

The letter closely echoes one that Ellison sent to last year’s incoming freshman class, but takes a somewhat less direct approach, eschewing the use of terms like “trigger warning” and “safe space.”

Last year’s letter likewise evoked the school’s famous “Chicago Statement,” which Ellison called one of the “defining characteristics” of UC, but also explicitly rebuked those who believe that individuals have a right to be insulated from free speech, writing that “Our commitment to academic freedom means that we do not support so called ‘trigger warnings,’ we do not cancel invited speakers because their topics might prove controversial, and we do not condone the creation of intellectual ‘safe spaces’ where individuals can retreat from ideas and perspectives at odds with their own.”

Support for free expression has been a core focus of the university for decades, as it has periodically reaffirmed through documents such as the 1967 “Kalven Report” and the more recent “Stone Report” (commonly known as the “Chicago Statement”).

Late professor Harry Kalven, who led the committee that produced the Kalven Report, was also known for his opposition to the so-called “heckler’s veto,” according to the Newseum Institute, which credits him with advancing the argument that “If the police can silence the speaker, the law in effect acknowledges a veto power in hecklers who can, by being hostile enough, get the law to silence any speaker of whom they do not approve.”

University documents were also recently found by the campus newspaper that detail plans for the school to “invite the presidents and provosts of every U.S. university and college to a conference on free expression in academic settings” later this year, suggesting that the letter sent to this year’s incoming freshmen may only be the beginning of their exposure to First Amendment principles. 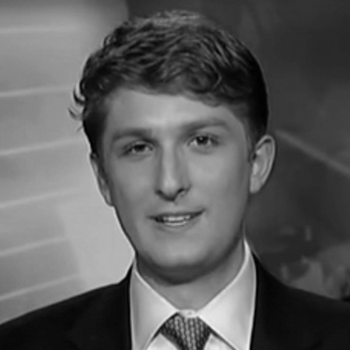 Matthew Foldi is a journalist at Washington Free Beacon. Previously, he was an Illinois Campus Correspondent and graduated from University of Chicago. Matthew served as President of College Republicans and Editor-In-Chief of An Elephant in the Woods.