Murray is best-known for his 1994 book, The Bell Curve, in which he and co-author Richard Herrnstein argue that hereditary factors, in addition to environmental ones, influence an individual’s intelligence.

"If you go through college only hearing what you already know and believe, then you’re missing out."

Murray had been invited by the Harvard College Open Campus Initiative (HCOCI)—known as the “free speech club” on campus—which invited him to talk about his most recent book, By the People: Rebuilding Liberty Without Permission, but the announcement sparked outrage among the student body, according to The Harvard Crimson.

“Inviting [Dr. Murray] to campus in an uncritical and stubbornly evasive way is deeply harmful, and giving him an unchecked platform to spread white nationalism is antithetical to a true commitment to free speech,” said Nicholas Whittaker, a junior at the school. “We ask any interested to join us to assert our dissatisfaction with Murray and HCOCI.”

Outside of the venue, protesters gathered and chanted, “Don’t give into racist fear/everyone is welcome here!” 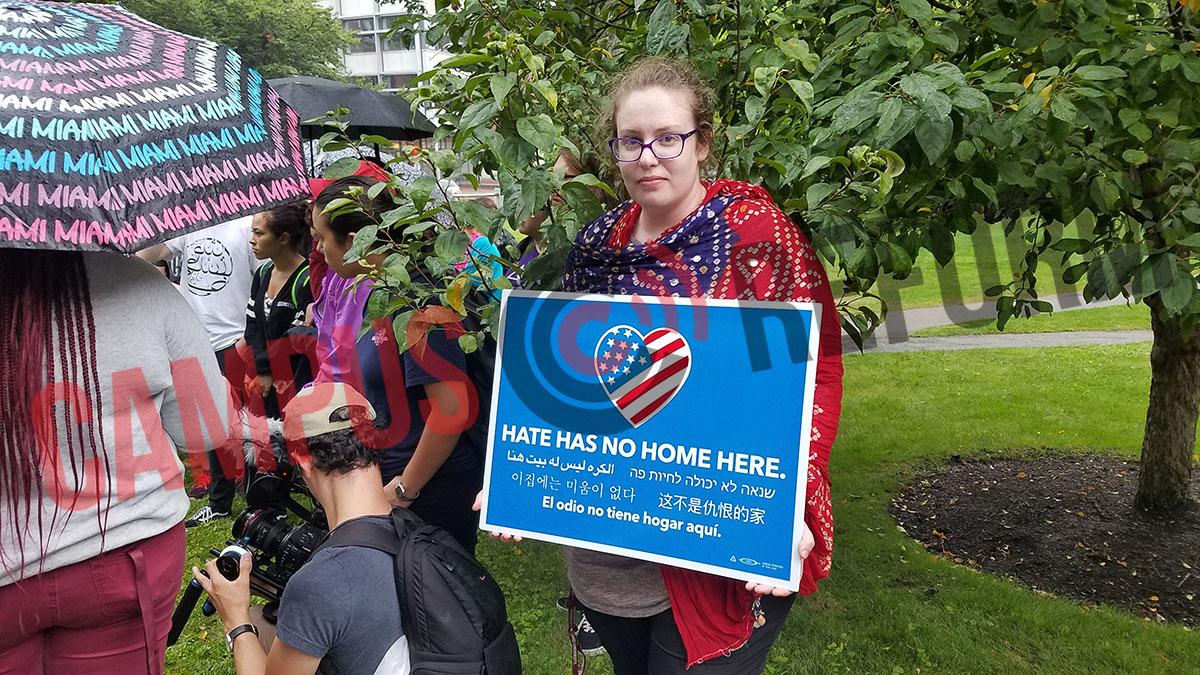 Whittaker began by welcoming everyone who showed up to the protest—“whether you are here because you have personally been told by Charles Murray that you are not as smart as your white, male classmates, or you’re here because you’re an incredible ally”—before going on to quip that Murray is “a pretty intersectional white nationalist.”

“He doesn’t just hate—or believe in the inferiority of—people of color and the working class; he also thinks that women are just generally less intelligent, less morally relevant, than men,” Whittaker continues. “He says that women have played a proportionally tiny part in the history of the arts and sciences. He asks, ‘where are the female Einsteins?’”

The protest also spilled into the auditorium when a handful of students stood up and walked out of the room when Dr. Murray began talking about IQ. One student even held up a sign that read, “Speak Out Against White Nationalism.”

Counterprotesters also hosted a faculty panel near the location at which Murray was speaking, but Murray's event appeared to attract substantially more interest, with security turning away students at the door after the room had reached capacity. 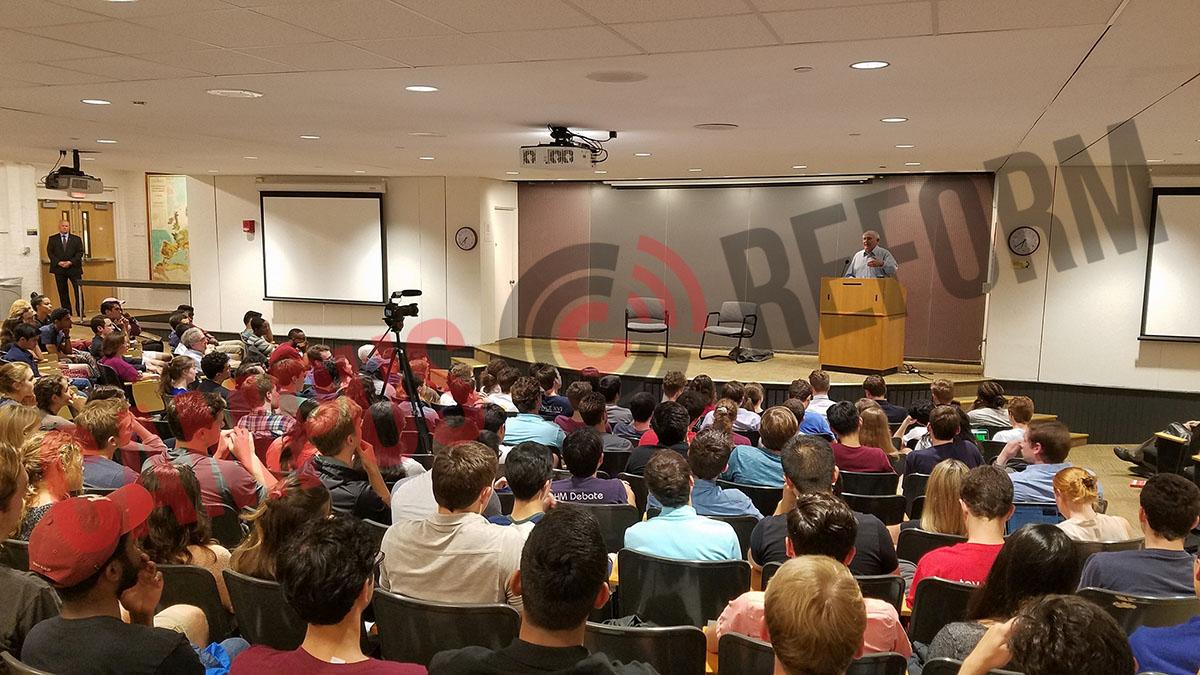 “We believe that if you go through college only hearing what you already know and believe, then you’re missing out on important intellectual experiences,” HCOCI said in a statement preemptively addressing the protesters.

“Opinions are opinions, but we’d point out that the first group to host Charles Murray at Harvard, for a discussion of the Bell Curve no less, was the very same Black Students Association,” the group added, noting that the BSA’s president at the time explained that the decision was made “in the spirit of continuing dialogue, discussion, and debate on the issues.”

Natalie Bao Tram Le is a Massachusetts Campus Correspondent, and reports on liberal bias and abuse on campus for Campus Reform.  She is a graduate student studying government at Harvard University and serves as Development Associate for the Independent Women's Voice, a Campus Coordinator for Students for Liberty, and a Campus Ambassador for the Foundation for Economic Education.