A legal group has done an analysis of Wisconsin Universities. The results show a grim outlook for free speech rights for students in the state.

In a study of speech codes at 44 Wisconsin campuses, the Wisconsin Institute for Law and Liberty (WILL) found that more than half of Wisconsin colleges "substantially restrict" free speech.” The report was released on April 23 and used a rating system developed by the Foundation for Individual Rights in Education to conclude that “free speech is indeed under serious threat on university and college campuses in Wisconsin.”

When considering only four-year UW universities, WILL deemed 33 percent of them fell into the “red” category, meaning that “at least one policy both clearly and substantially restricts freedom of speech.” The report further states, “These offending policies at these institutions are likely void under UW Board of Regents Policy Document 4-21, Commitment to Academic Freedom and Freedom of Expression."

The University of Wisconsin-Parkside, for instance, received a “red” rating for its policy on free speech zones. It is a public university and has two designated areas on campus that may be used for “unplanned free speech events."

The University of Wisconsin-Platteville is also a public university but instead received a “yellow” rating, meaning the school “is one whose policies restrict a more limited amount of protected expression or, by virtue of their vague wording, could too easily be used to restrict protected expression.” WILL points out a residence hall policy excerpt stating that “all postings from student organizations, businesses, individuals, and non-UW-Platteville recognized groups may submit only two posting for each hall’s lobby.”

The same policy insists that “all postings must be brought to the Department of Residence Life for approval. The department will review all postings to ensure compliance with UW-Platteville policies.” In regard to private schools, WILL rated 53 percent “red” and clarifies that “although these private institutions are not bound by the First Amendment and have much wider latitude in adopting policies, they very often ‘promise debate and freedom’ to their students.”

Alverno College is a private school that received a “red” rating for its policy around reporting “bias” incidents. In its handbook, the university encourages students to report when peers commit “micro-aggressions” or ignore “social justice.”

Ripon College is another private four-year college that received a “red” rating for bias reporting, and states in its student handbook, “Providing clear means by which suspected hate acts and bias incidents can be reported aligns with Ripon College’s commitment to freedom of thought and expression as central to our academic freedom and to our teaching and learning mission.”

WILL Senior Counsel, Don Daugherty, reviewed a portion of the 44 total schools reviewed and then helped prepare the executive summary and finalized report. In a phone interview, Daugherty explained to Campus Reform that a lawsuit was filed against Northeast Wisconsin Technical College in which the school was found in violation of the plaintiff’s First Amendment rights in 2019.

Fox Valley Technical College also received a “red” warning and sets restrictions on political activity on campuses such as a policy pertaining to tabling efforts stating that “signage if any, may not be larger than the top of the table, must be affixed to the front of the table, approved for use, and must clearly list the sponsoring organization or individual.” Mid-State Technical College expresses similar signage restrictions.

“The First Amendment protects the right to express unpopular views, and that right is being infringed upon,” Daugherty told Campus Reform.

“Speech codes are antithetical to the whole enterprise of liberal education, which in turn is fundamental to an open society like ours,” Daugherty added. “Protecting students from unpleasant aspects of reality doesn't do them any favors. It's better to let people express all views -- including unpopular ones -- and then to confront those specific views that are hateful.” 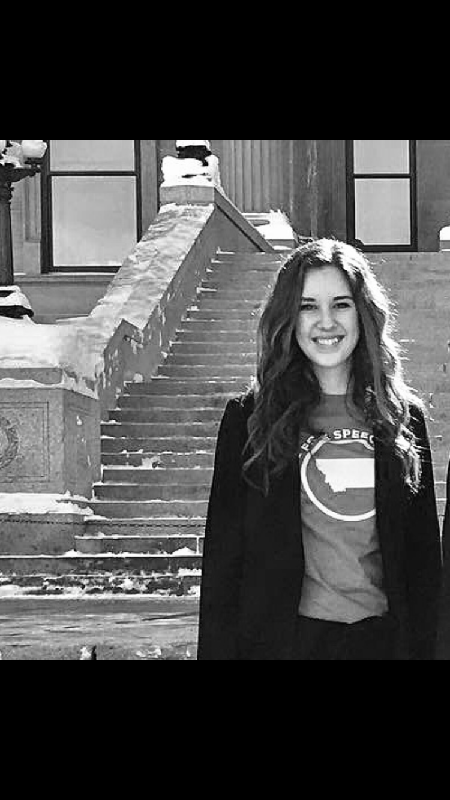 Emily Schneller is a Montana Campus Correspondent, reporting liberal bias and abuse on college campuses. She is a Senior at Rocky Mountain College in Billings, Montana, majoring in History and Political Science and minoring in Business Administration and Pre-law. She is also the President of her Young Americans for Freedom chapter. During her time as a YAF officer in the Billings community, she has been featured on multiple local radio ...