Government shutdown due to the color of Obama's skin, suggests Ivy League prof in Twitter rant 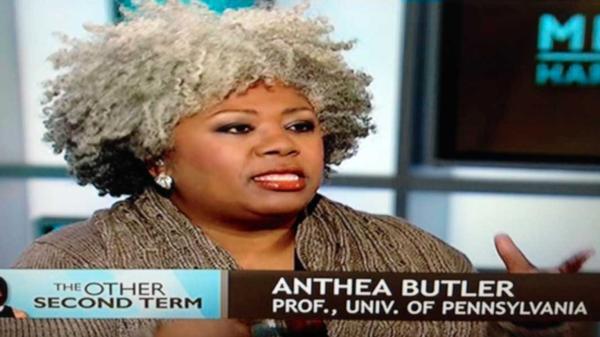 “Perhaps if the republicans would quit trying to regulate vaginas they could practice governance."

“you’d have to be blind to think race does not play into this stupidity,” she continued, responding to a separate tweet that inferred the partisan climate was due to both Clinton and Obama being Democrats.

Butler sent out a series of tweets critical of the government shutdown.

Butler began the rant with a modified tweet at around 9:22 p.m. EDT, writing that if the "Republicans would quit trying to regulate vaginas they could practice governance."

Moving on, Butler then responded to someone on Twitter who was asking how the government shutdown could happen by tweeting: “dumbasses.”

Around 1 a.m., on Tuesday, Butler retweeted a statement to U.S. Speaker of the House John Boehner telling him he was “drunk” and should “go home.”

Butler wound down her evening by tweeting “The rest of the world is laughing at the amount of jackassery in our congress. american exceptionalism indeed.”

She signed off early this morning claiming “I'm going to bed.Sad thing is, when I wake up,these crazy republicans will stiill be frothing at the mouth while folks sign up 4Obamacare.”

Butler was recently the center of national media storm this summer after writing a blog-post claiming the verdict in the Trayvon Martin trial was proof that God was a ‘white racist.’

UPenn spokesman Ron Ozio told Campus Reform the school had no comment on Butler’s tweets. Butler did not respond to an email request for comment by Campus Reform in time for publication.