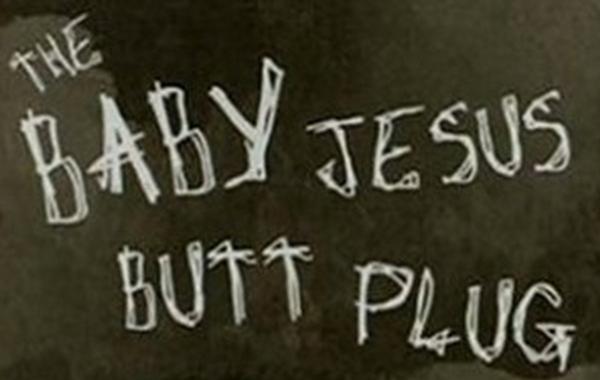 TheBlaze, which originally ran the story on Wednesday, reports that Prof. Jordan Smith, who is a an assistant professor of Comparative Literature at California State University, also assigned a book the week before entitled “The Curious Sofa: A Pornographic Work” which is described on Amazon.com as a “hilarious travesty of lust.”

“There's nary a nipple (nor a drop of blood) in sight,” brags one of the official reviews on Amazon.

"Some of the most curious and knee-slapingly hysterical blaspheme," reads another review.

TheBlaze spoke with Smith, who confirmed he had assigned the controversial book and defended its choice, suggesting the book is worthy of serious academic merit even though he warned students “against it at first.”

“I assigned a reader of Bizarro Fiction, a new genre of surreal gross-out literature in the United States,” he told TheBlaze’s Oliver Darcy.

“Undergraduate education is about finding your voice and clarifying your values, and allowing the students to vote on whether they would rather tackle a difficulty, potentially-offensive text in a literature course is certainly one of the ways to facilitate that,” Smith added.

Smith said he had also allowed students to vote on which books would be assigned reading for the Comic Spirit class which is part of the upper-division comparative literature curriculum at the California public school.

A spokesperson for the university did not provide comment to TheBlaze, or to Campus Reform despite requests.