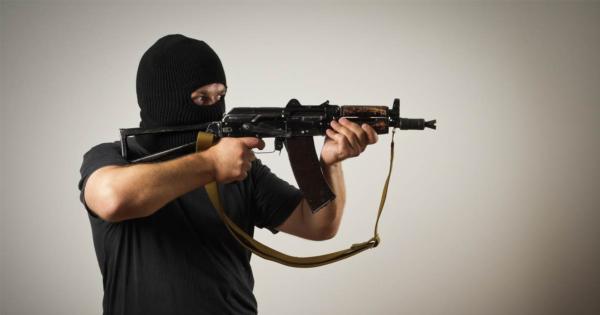 In a pair of recent interviews, University of London professor Gilbert Achcar placed the blame for the terrorist attacks in Paris squarely at the feet of the United States, France, and the Western world.

Achcar, who has given lectures at the University of Denver and University of California, Berkeley, emphasized the need to “put all this in context” in interviews with Democracy Now.

In particular, Achcar blamed the United States for allying with Saudi Arabia, which has promoted the radical Wahhabi interpretation of Islam.

Throughout the interview, Achcar describes what he calls a “clash of barbarisms,” describing the Charlie Hebdo attack as a “minor barbarism” compared to the “major barbarism” of Western intervention in the Middle East.

"This is what I called previously the clash of barbarisms, with a major barbarism represented by Western intervention, by especially the United States’ conduct in this region, provoking a counter-barbarism, which is minor compared to the major one,” he said.

Achcar, who teaches development studies and international relations at the University of London, points to the United States’ invasion of Iraq as an example of a major barbarism.

“What you had in Iraq is that the barbarism that—represented by the U.S. occupation of that country...bred a counter-barbarism represented by al-Qaeda.”

“This kind of actions [sic] by the United States in invading other countries and, of course, acting as an occupying force, with all what this means, leads, of course, to such extremism on the other side, as we have seen,” Achcar said.

However, the United States is not the only country Achcar blames for tragic attack on the Charlie Hebdo magazine in Paris. France’s treatment of its immigrants, Achcar said, bears responsibility as well.

"The communities of migrant background, especially when they come from Muslim-majority countries, are subject to forms of racism and various forms of discrimination and oppression, which are the breeding ground for the kind of hatred in response to that societal hatred that I just mentioned,” Achcar said. “And so, it’s not—I mean, it’s not surprising, in this way."

In an interview the next day, Achcar described the attack on Charlie Hebdo as "an appalling attack and a really barbaric act," calling the characterization "obvious," and compared the attack to the shooting rampage by Anders Breivik in Norway and a killing spree by Baruch Goldstein in 1994. He also warned that Muslims could be targeted as a result of the attacks.

"[T]he risk is that the kind of victimization of Muslims in general, the kind of the targeting of Islam, the finger pointed at Muslims, requiring from them that they should condemn all that as if it were their problem and their specific problem, and not seeing that this is a problem of the French society and the French state in the first place....there is here a real danger, a real problem, of getting this dynamics of what I call the clash of barbarism going further, developing and all that," he said.