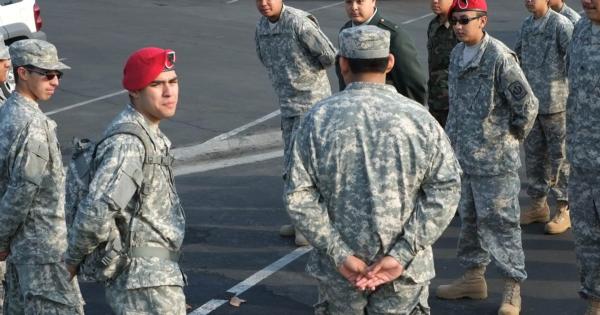 ROTC is an organization of criminals, according to a student at Brown University.

Peter Makhlouf, an opinion columnist at Brown, claimed in an editorial published Feb., 5 in the Brown Daily Herald, that “ROTC’s attempt to recruit academically elite students is a calculated attempt to rope the best and brightest into the industry of state-sanctioned violence.”

"The anti-military ‘bias’ that certain students have is a firmly grounded ethical stance — an insistence that we will not support the aggression of the United States throughout the world."

ROTC, or the Reserve Officers’ Training Corps, is a college training program for the United States Armed Forces. ROTC has scholarship opportunities for college-bound members as well as job and career placement services.

In his column, Makhlouf points to the fact that “police have committed criminal acts against protesters” and that the “overflow of military technology and funding has spilled into our police departments,” drawing a correlation between the ROTC program and the militarization of police in the United States.

According to Makhlouf, who is involved with Brown’s Janus Forum, a student group that facilitates political debate on campus, students at the Ivy are so unsure about their own political leanings, an ROTC presence on campus may be a form of military indoctrination.

“The anti-military ‘bias’ that certain students have is a firmly grounded ethical stance — an insistence that we will not support the aggression of the United States throughout the world,” Makhlouf wrote. “At a time when we most need a brave intelligentsia to speak out against the craven acts of U.S. imperialism, the thought of extending the poisonous branches of the armed services to our campus should be wholly denounced.”

Edwin Portugal, a Brown student set to graduate in 2017, is a former participant in the ROTC program. Portugal told Campus Reform that students who have been involved in such organizations feel “unwelcome” on campus because of “the proliferation of such harsh anti-military opinions, like Makhlouf’s.”

In 1969, Brown enacted a series of resolutions in protest of the Vietnam War, which resulted in the removal of the ROTC program on campus.

Providence College’s ROTC program has remained an option for interested Brown students, located two miles away. Brown students do not receive credit for the ROTC courses at PC.