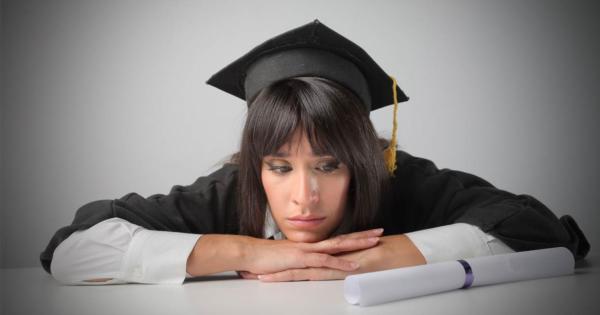 An all-time high of 30.3 percent of millennials are living with a parent, according to data released from the U.S. Census Bureau’s study, “Young Adults: Then and Now.”

Millennials are living at home, and more are living in poverty with lower rates of employment than their predecessors.

Millennials are living at home, and more are living in poverty with lower rates of employment than their predecessors. According to the study, one in five young adults live in poverty, up from one in seven in 1980. Currently, the study claims 65 percent of millennials are employed compared to the 1980 number of 69 percent.

Yet, 22 percent of young adults have a college degree, compared to only 16 percent in 1980. So, what gives?

Millennials gave multiple reasons for living with a parent, including convenience.

“It honestly has to do with [University of] North Georgia being more than one campus now,” Chase Reed, a sophomore at UNG, told Campus Reform. “By living at home and going to the campus at Oakwood I save and live in a more central location.”

In Alabama, the outlook for millennials isn’t pretty. With thirty-one percent, the number living at home is higher than the national average. The median income is also lower and the number of young adults living in poverty is four percentage points higher.

Haley Hart, a December 2014 graduate of Auburn University, lives with her parents in Dothan, Ala., while working as a digital account executive at the Dothan Eagle.

“I’m planning on attending a graduate school out of state, so having the mindset that I’ll only be home for six to eight months made living at home a pretty great deal.,” Hart told Campus Reform. “Because grad school will be on my dime, my parents are very supportive of me taking time to not only get some time in the workforce, but also save money.”

Other Auburn University students also cite saving money as a reason for living with a parent.

“I’ve paid rent for two years and would like to be able to save my money because, essentially, there is nothing to show for money spent on rent,” Lucy Bracht, an Auburn senior, said. “I want to be able to save my money to eventually make a down payment on a house or new car. My parents are supportive and my mom was actually the one who encouraged me to move back home.”

Bracht will graduate in 2015 and will be working as a nurse at East Alabama Medical Center in Opelika.

“I think the trend is moving toward more people move back home because the job market isn’t what it used to be and the cost of living is expensive for new college graduates,” she said.

Veronique de Rugy, a senior research fellow at the Mercatus Center, described millennials, especially college graduates, as taking a ‘big hit in this economy’ to CNSNews.com.

Rugy stated that because of the slow recession recovery, senior workers weren’t receiving job promotions, which forced many millennials to accept lower positions without hope for upward mobility.

With rising costs of higher education and the national median income for young adults dropping to $33,883, it’s easy to question the value of a college degree.

Despite the efforts, however, the number stands—30.3 percent of millennials live at home, and even with a degree, more live unemployed and below the poverty line than ever before.

The 1950s had the baby boomers and young adults today are known as “boomerang kids,” according to the New York Times and U.S. News and World Report. The kids that parents send off to college and, like the toy, come back home after four or five years.

Though the numbers and the media paint a bleak picture, millennials aren’t totally without hope.

“It’s not ideal, but I don’t think it’s taboo,” Hart said. “I think taking time to build up savings is pretty responsible.”