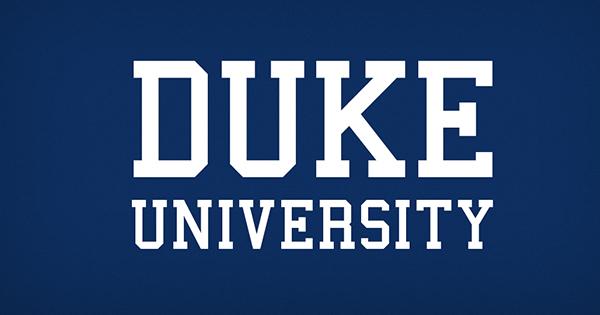 Special copies of the memoir, written in 2006 by cartoonist Alison Bechdel, will be mailed to incoming Blue Devils over the summer, according to the Duke Chronicle, Duke’s student newspaper. The book details a college woman coming out as a lesbian and her discovery that her father was a homosexual as well.

“I was hesitant at first to support it as a welcoming text to Duke University,” Ibanca Anand, a junior on the committee which selected the book, told the Chronicle. “Then I realized how critical these discussions are for so many of us, and it's important that we establish this school as a place that is open and unafraid to talk about things that affect people."

In an interview with Campus Reform, Anand said the mandatory book discussions would give students an “introduction to what Duke will be like for the next four years, exploring on your own.”

Anand conceded that upon opening the book, her reaction was, “Oh geez, what am I reading?”

“It’s shocking,” she said. “But once you put it down you realize you learned something.”

According to a Barnes and Noble description, the graphic novel tells the story of Bechdel’s late father, Bruce, who was an English teacher and director of their town’s funeral home. Shortly after the author “came out” as a lesbian in college, she discovered Bruce was gay.

As happened in real life, her father committed suicide in the book.

The reading includes images of male genitalia and female breasts. Bechdel describes—with words and cartoons—masturbating in her bed to books she checked out at the library on lesbianism.

Another cartoon depicts Bechdel engaging in oral sex with another female while reading James and the Giant Peach to each other.

A press release from the university says that students will participate in both small group discussions and as a “larger community” during freshmen orientation. Anand told Campus Reform that school leaders hope these discussions “will be a really interesting ice breaker.”

“I think it will be a great vehicle for conversations among the incoming class about art and storytelling; about personal and sexual identities; about truth and lies, and the harm both can cause; and about judgment and forgiveness,” selection committee member Simon Partner, a professor of history and director of the Asian/Pacific Studies Institute, said in the university press release.

“Because of its treatment of sexual identity, the book is likely to be controversial among students, parents and alumni. I think this, in turn, will stimulate interesting and useful discussion about what it means, as a young adult, to take a position on a controversial topic,” Parner said.

According to the Chronicle, other books that were considered for the summer reading project were: All the Light We Cannot See by Anthony Doerr, It Happened on the Way to War: A Marine's Path to Peace by Rye Barcott, Red by John Logan, The Righteous Mind: Why Good People are Divided by Politics and Religion by Jonathan Haidt, and The Shallows: What the Internet is Doing to our Brains by Nicholas Carr.

The Chronicle reported that the book was selected by a special committee comprised of faculty, staff, and students.

Anand told Campus Reform that the reading is implied that it's required because if it wasn’t, students would be unlikely to read it. Additionally, she said the discussions during the orientation sessions are mandatory for students.

However, Keith Lawrence, a spokesman for the university, said the reading is recommended, not required.

“We do understand that the novel may make some readers uncomfortable,” Lawrence said “It addresses a lot of important issues that students will likely run into during their years at Duke, if they haven't already: interpersonal relationships, human rights, mental health and others. It may create arguments and conversations, which are important to a liberal arts education.”

Bechdel spent seven years writing and drawing the cartoons for Fun Home. She even photographed herself in different poses to use as reference for the book.

Bechdel also created the comic strip Dykes to Watch Out For, and authored the book Are You My Mother?: A Comic Drama.