The Ivy League institution hosted workshops from Nov. 8 to 14 to promote “interdisciplinary, thought-provoking, scholastic, innovative, and applicable to student experiences in order to promote a holistic understanding of sex and sexuality,” according to its website.

Julia Lee, a sophomore at Harvard, organized the talk, which included student speakers who were part of the community and a “cool demonstration with cool toys.”

“As a culture, we have such a normative and restrictive view of sexuality,” she said. “We don’t talk about sex and sexual health that much, and everyone has this idea that ‘traditional hand-me-down ideas’ are the way to go. That doesn’t work for a majority of people.”

In addition to the workshops, the week’s Facebook page touted having 13,000 condoms and 1,200 bottles of lube to give-a-way throughout the whole week.

Megan Sims, a sophomore at Harvard and president of the Sex Week, said it is important to have these events because students come into college with different levels of education.

“Some students have gotten great information, and some have gotten practically none,” Sims told Campus Reform. “In college, sex ed often becomes more important than ever when the majority of students are sexually active. It's important to give people the opportunity to continue having these discussions in a safe, non-judgmental space.”

Sims said their group is there to “answer the hard questions that people are too uncomfortable to ask.”

“Our society is afraid to talk about sex,” she said. “We want to do our part in reducing that stigma and giving people an open forum to share their thoughts, feelings and opinions.

A student-run organization called “Sexual Health Education and Advocacy throughout Harvard College” creates the schedule of workshops each year for Sex Week. The week is sponsored by the College Women’s Center, Center for Wellness, Office of BGLTQ Student Life and the Office of Sexual Assault Prevention and Response.

The week concluded with a "Repeal Hyde Art Project" which organizers say "raises awareness and creates dialogue about the Hyde Amendment, which blocks people from using Medicaid to pay for abortions."

When asked how the week is funded, Sims told Campus Reform there are several places students can apply for funding but she did not specify from where the funds for this specific week were attained.

"We often get support from the Undergraduate Council, which is the student governing body, and the Harvard Gender and Sexuality Caucus," Sims said.

A representative for the school told Campus Reform, "The College is not involved in the planning or implementation of any programming or activities organized by independent, student-run organizations. Rather, the College works with each recognized student organization to support their programming needs in ways that are in keeping with our procedures and regulations.”

Harvard’s Sex Week has been controversial in the past few years. Yale and Brown University also offer similar sex education events that have landed them in the headlines. 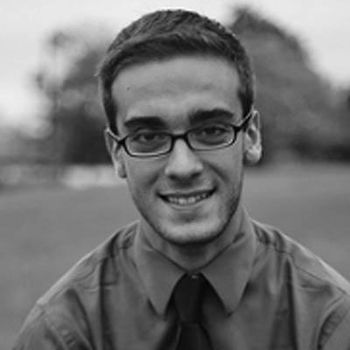