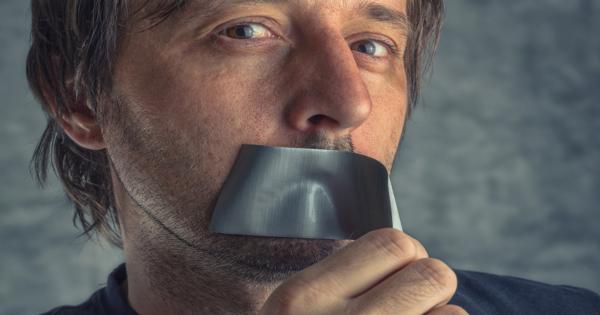 A lawmaker in Missouri has introduced a bill that would make it mandatory for students to take a class on free speech in order to graduate. This bill is being proposed in response to the confrontation between Melissa Click and a student journalist last year at the University of Missouri (Mizzou.)

“I’m getting very concerned that we don’t understand really what the First Amendment is about,” said Republican Representative Dean Dohrman to a House panel on Tuesday, “The Pew Research poll that said 40% of Millennials believe that freedom of speech should be restricted was disturbing to me. I think when we get that information in front of people, they’ll understand the need for the bill.”

"We are failing in one of our most fundamental charges in passing on liberty to the next generation."

However, Democratic Representative Tommie Pierson says that this bill doesn’t address what led to the Mizzou protests.

He goes on to say that bills like this are specifically put forth to divide us.

House Bill 1637 would require any student graduating after August 28, 2019, to complete a three-credit course on freedom of speech and the history of free speech suppression in the United States and other countries.

Paul Wagner, the director of the Council on Public Higher Education in Missouri, said that mandating classes like this will mean more time and money for students to graduate. He added that “it is a joke” regarding the estimate that adding this class will cost universities nothing and that the bill, “Betrays a fundamental misunderstanding of what public higher education is.”

"Please try to resist mandating courses like this," Wagner added.

Another bill currently being debated, SB 731, which would allow students to carry concealed weapons on campus, would also impact all schools throughout Missouri.

This bill is being met with opposition from Democratic State Senator Maria Chappelle-Nadal and all thirteen public universities in Missouri, as well as the Associated Students of the University of Missouri, which represents 77,000 students.

She said the bill fails to address the racial undertones of gun violence in Missouri’s urban areas, “Culturally, we have a different situation, I’m really pleading with all the folks who are pro-this-legislation to recognize that we have an issue back at home in urban St. Louis.”

The bill does allow for institutions to opt out of the concealed carry provisions as long as they agree to station armed guards and install metal detectors at every university building entrance.

Clif Smart, President of Missouri State University, said that this provision would cost his university 45 million dollars and is worried about how this could increase the rate of suicide.

Both bills will be voted on at a later date, with Dohrman's bill still needing to pass through two House committees before it can go to the full House for debate.

"We, and I include ourselves as elected officials, are failing in one of our most fundamental charges in passing on liberty to the next generation," Dohrman said.

Thomas Bradbury, President of University of Missouri’s Young Americans for Liberty, told Campus Reform that he agrees with the aim of the new bill from Dohrman but adds that, “No amount of First Amendment training will stop the left from trampling on the rights of others. Liberals are the true bullies in today’s world. They preach tolerance and acceptance, but when confronting dissenting opinions, they will stop at no length to silence them.”

“As long as Mellisa Click and Janna Basler are still employed at the University of Missouri, nothing will help remedy the damage these two caused to its image,” Bradbury said.