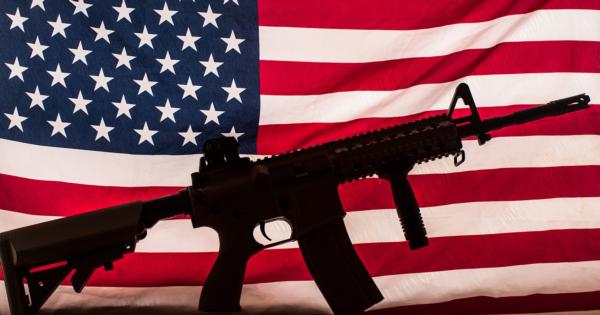 Boston University has launched a social media crusade against gun violence, condemning the apparent pandemic as a “public health issue.”

The social media campaign, known as “#Enough,” has garnered the support of school administrators, including School of Public Health Dean Sandro Galea, who blamed the recent Orlando massacre on a “toxic combination of hate language and widespread availability of guns” and declared that “guns facilitate hate.”

"Why is it that we are so far behind on this issue compared to other countries?"

“We would like to have an open conversation on gun violence, one that says that we should be looking for a solution and not keep saying, ‘we can’t do anything about this,’” Galea explained.

Galea is no stranger to the gun control debate, though, previously calling for “progressive approaches” to the issue in a post on the university’s website.

“One remains hopeful that recent growing awareness of the issue, including presidential candidates with progressive approaches to the problem, will eventually make a dent in this preventable epidemic,” he wrote at the time, linking to an article on Democratic presidential candidate Hillary Clinton.

More recently, in a video for the #Enough campaign, Galea presented the popular gun control argument that fewer guns would result in less violence.

“Research done [at BU’s] School of Public Health shows that more guns are associated with more deaths and more injuries from guns,” he declared, calling for “universal checks,” “ammunition checks,” and other “common sense measures.”

In a separate video for the campaign, Professor Michael Siegel accused the federal government of hampering gun control research efforts by blocking the Center for Disease Control [CDC] from doing substantial research on the issue.

“Research is being hampered by the lack of data. For the past 20 years, Congress has prevented the CDC from doing even the most basic research on gun violence. It’s time for Congress to fund CDC to allow it to do its mission,” he argued.

Additionally, Dean Galea has joined the popular bathroom battles argument, denouncing North Carolina’s transgender legislation as being founded on “nonexistent” logic and contending that “no such cases” of sexual assault or harassment have occurred as a result of such legislation.

Men, however, have in fact claimed to be transgender in order to gain entry to women’s bathrooms for the purpose of sexually assaulting or harassing the female occupants, according to Daily Wire.

Galea has also praised federal requirements that force public schools to allow students to use bathrooms based on their preferred gender identity, as well as the ratification of a Massachusetts bill that penalized such occurrences, as “signs of progress.”

“Why is it that we are so far behind on this issue compared to other countries?” the dean asked. “What are the obligations of public health in this arena?”

BU’s education “extends well beyond education about the canonical foundations of public health,” he added. “It includes exposing our entire community to the issues that dominate the public conversation and that are changing the social, economic, and cultural conditions that shape the health of the public.”