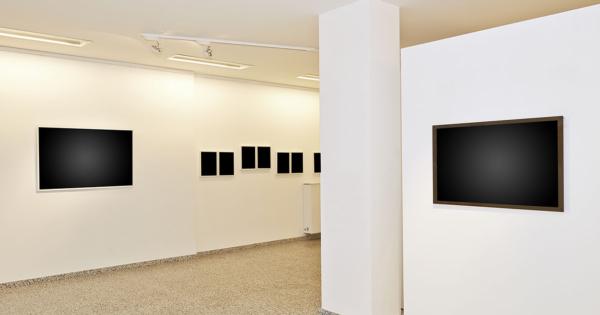 The University of Wisconsin-Stout has announced plans to remove two historical paintings depicting interactions between white traders and First Nations people due to their "harmful effect."

Chancellor Bob Meyer has acceded to the recommendations of a Diversity Leadership Team (DLT), according to the National Coalition Against Censorship, announcing that two of the three paintings currently hanging in Harvey Hall will be removed from public view out of concern that they “reinforce racial stereotypes.”

"Shrouding or moving the painting does not educate anyone or stimulate any learning or dialogue.”

The paintings were commissioned under the Works Progress Administration and painted by artist Cal Peters in 1935, and were intended to be restored by art students under the guidance of their professors for inclusion in Harvey Hall’s grand re-opening this fall. The restoration was funded by the Wisconsin Historical Society, and began in 2013.

The DLT, however, expressed concern that the depiction of First Nations people would “reinforce racial stereotypes,” and after a series of meetings with the team, University Chancellor Bob Meyer agreed with their conclusion due to the risk of the paintings "having a harmful effect on our students and other viewers," they will instead be placed in storage.

Timothy Shiell, an English and Philosophy professor at the UW-Stout, contacted the NCAC about the incident, expressing frustration that the Chancellor did not consult the rest of the university faculty, campus organizations, or the student body prior to making the decision.

"Shrouding or moving the painting does not educate anyone or stimulate any learning or dialogue,” Shiell argued. “American history and representations of that history can be ugly and offensive. But hiding them doesn’t change the past or the future."

UW-Stout History professor Kate Thomas, on the other hand, agreed with Meyer’s decision, contending that the paintings “stand in the way” of the university's goal of creating an environment inclusive of diverse populations, including Native Americans.

“The end result and precedent set in this decision, in principle, is that every student who is offended by university artwork should organize a protest to have it removed so Stout can do a better job recruiting students who won’t be offended,” Shiell explained. “Rally your group, whatever it may be. In this case Native Americans, in the next case, perhaps white females, or white males, or black men, or those who identify as LGBTQ, or Hmong, or Hispanics. It’s just good business for a university to not offend anyone, right?”

Shiell also noted that his own op-ed, written in protest of the chancellor’s decision, was withheld from publication for 10 days, until after the chancellor’s second announcement on August 5 indicating the new cloistered locations for the paintings.

Similar controversies have recently surrounded other artworks depicting historical scenes. In December, for instance, the University of Kentucky administration decided amid objections from students of color to shroud a mural depicting African American slaves picking tobacco.

More recently, Yale University decided to remove several stained-glass windows from its Calhoun College after one of them was vandalized by an African American cafeteria worker who claimed that in 2016, “I shouldn’t have to come to work and see things like that.”

In conjunction with the Foundation for Individual Rights in Education (FIRE), the NCAC also sent a letter to Chancellor Meyer contesting the school’s reasoning for the removal of the paintings.

“If all speech some found uncomfortable or disturbing were to be suppressed, public discussion and debate would be radically impoverished and open conversation about beliefs and values would be imperiled,” the letter asserts, contending that the more appropriate response would be to encourage open dialogue about such issues.

“NCAC believes historical work like Cal Peters' provides an opportunity to engage with and reflect on the lasting and important questions raised by these traces of historical memory,” the group states on its website. “At a time when the lingering effects of systemic prejudice and racism continue to be felt this is of particularly importance. Placing Peters' paintings in storage misses this valuable educational opportunity.”