Campus Reform's 15 most outrageous stories in 2016 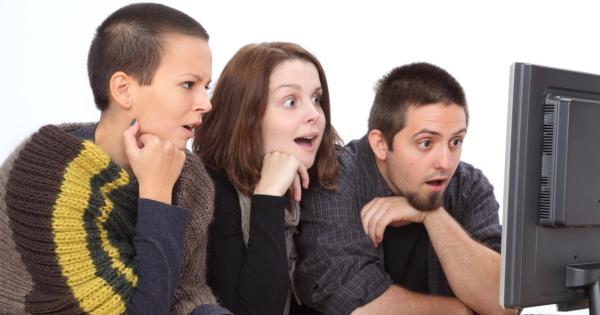 2016 was a busy year for Campus Reform, and one that will go down in the politically-correct record books as perhaps the most absurd of all time. Campus Reform continues to break some of the hottest stories of the day and consistently leads the conversation on campus news, but only because of readers like you.

So, as the year quickly draws to a close, we thought you’d like to look back with us on the most viral campus stories of the year.

Here are Campus Reform’s top 15 stories, ranked according to most-viewed:

15. ‘How To Be a White Ally’ posters say all white people are racist’

New students at Pomona College were welcomed to campus with posters in their dorms providing instructions on “How to be a (Better) White Ally” and stating that all white people are racist.

The signs suggested that white people should “acknowledge your privilege” and “apologize if you’ve offended someone,” adding that offensive language includes terms such as “sassy” and “riot,” since they are “racially coded.”

Finally, the signs asserted that all white people are inherently racist, advising white students to “understand that you are white, so it is inevitable that you have unconsciously learned racism.”

“Your unearned advantage must be acknowledged and your racism unlearned,” it added.

Illinois’ Moraine Valley Community College restricted certain sections of a mandatory introductory level course to black students only, even though a course catalog described the class as one that would foster “an appreciation for diversity.”

Despite widespread backlash for what appeared to be segregation, the school’s assistant director of communications defended the practice as standard operations, saying “sometimes we set aside sections for specific populations, including veterans and older students.”

After Campus Reform broke the story, the Illinois college announced that it would no longer single out “specific racial groups” in its course offerings, but would continue to offer certain courses tailored to “special populations” of students.

13. Anti-gun prof calls for shooting up NRA, ensuring ‘no survivors’

An adjunct professor at Southern State Community College in Ohio was reported to the FBI after he threatened to shoot up the NRA headquarters.

“Look, there’s only one solution. A bunch of us anti-gun types are going to have to arm ourselves, storm the NRA headquarters in Fairfax, VA, and make sure there are no survivors,” Professor James Pearce wrote in a June Facebook post. “This action might also require coordinated hits at remote sites, like Washington Lobbyists. Then and only then will we see some legislative action on assault weapons.”

“Have a nice day,” he concluded, before being reported to both the FBI and the Department of Homeland Security by his school.

A pro-Trump rally at Penn State University went south when counter-protesters harassed their Trump-supporting classmates and vandalized their campaign signs.

The school’s “Bull Moose Party” student group held a pro-Trump demonstration on campus Tuesday, during which members built a wall around a flagpole to express their support for the candidate, but several counter protesters showed up to disrupt the event, calling Trump “a rapist” and mocking their peers for supporting his presidential bid.

A video of the event showed protesters tearing down pro-Trump campaign signs and shredding them to pieces while Trump supporters explained that they were simply trying to peacefully promote their candidate.

The school released a statement in response to the incident, saying administrators had warned both groups against violating school policies regarding expressive activity, but took no further action.

11. ‘Privilege Board’ gets prominent placement at App State

Appalachian State University students were forced to walk past a “privilege board” denouncing their white, male, able-bodied, Christian, or cisgender privilege any time they enter the Student Union.

The bulletin board featured fliers from the “Check Your Privilege” campaign started by professors at the University of San Francisco, and featured memes with phrases such as “look at all the privileges I haven’t checked.”

Although the bulletin board appears to violate several school policies, such as allowing the occupation of bulletin space for a maximum of two weeks and only for the purposes of advertising of public events, it has apparently remained in one place or another on campus since 2015.

Professors at the University of New Hampshire called for the expulsion of two students who counter protested an anti-Trump rally while wearing Harambe and Richard Nixon costumes.

A former UNH professor, Courtney Marshall, posted a photo of the students on her Facebook, explaining that “there was a walkout yesterday at my former institution, and these two people showed up.”

The post led several current professors to call for the expulsion of the students, even writing sample letters to the administration in the comments section.

At least two of the professors who called for disciplinary action against the counter-protesters were members of the Women’s Studies Department, which promoted the anti-Trump rally on its official Facebook page, flouting tax rules that prevent universities from engaging in partisan political activity.

It also turned out that the two protesters weren’t even students.

9. Rutgers: to avoid microaggressions, only speak when ‘necessary’

Students in at least one Rutgers University residence hall were encouraged to use only language that is “helpful” and “necessary” to avoid committing microaggressions.

Erected as part of the university’s “Language Matters campaign,” one on-campus display instructed students to ask themselves whether their choice of words was “true,” “helpful,” “inspiring,” “necessary,” and “kind” before speaking out, and also including a list of potentially-offensive terms, such as “illegal aliens.”

The board warned students that failing to follow these guidelines could lead them to commit a microaggression, which includes “microassaults,” “microinsults,” and “microinvalidations.”

Brown University’s student body president hand-delivered menstrual products to all nonresidential bathrooms on campus, including men’s rooms, with the help of 20 other students.

Viet Nguyen, President of the Undergraduate Council of Students, announced the initiative in a campus-wide email, saying he wanted to communicate the message that not all people who menstruate are women.

By putting menstrual products in women’s, men’s, and gender-inclusive bathrooms, Nguyen aimed to “set a tone of trans-inclusivity, and not forget that they’re an important part of the population.”

Major universities across the country offered course credit, and in some cases even covered the cost, for students to attend an annual national event known as “The White Privilege Conference.”

According to the conference website, at least 1,500 people attend the four-day event every year, including students, teachers, and professionals who have been going since its 1999 founding.

The registration fee for the event was $200, plus an additional $100 for various “one day institutes,” and another $40 for a “community dinner,” a sum of $340, all of which some universities offered to cover in addition to hotel and transportation fees.

The University of California, Irvine suspended its College Republicans chapter for an entire year after the group hosted controversial conservative pundit Milo Yiannopoulos.

A UCI administrator had requested to meet with leaders of the CRs sometime after Yiannopoulos’s appearance on campus, during which CR president Ariana Rowlands suggested the possibility of bringing him back.

Just hours after the meeting, the group received an email stating that it had been suspended for an entire year, citing an administrative technicality as justification.

In what was perhaps one of the most viral news stories of the year, Campus Reform captured one student protester throw a literal temper tantrum at a free speech event featuring Milo Yiannopoulos, Christina Hoff Sommers, and Stephen Crowder.

“Keep your hate speech off of this campus!” and “Stop talking to us like children” were among some of the memorable lines.

The full video, which speaks for itself, can be viewed here or watched below.

Trump’s campaign was routinely plagued by his past missteps and sometimes unsavory language, yet college students were shocked to discover the same about Hillary Clinton.

Campus Reform’s Cabot Phillips hit the streets to see what college students really knew about Clinton’s past, and the results were fascinating.

Nearly every young person he spoke with was shocked to learn that the list of quotes presented to them belonged entirely to Hillary Clinton and not Donald Trump.

“Which candidate made a joke about colored people time saying that black people are always late?” he asked.

“Trump..because he’s racist,” one student responded, though the quote actually belonged to Clinton.

Check out the full video here or watch it below.

A mandatory online course at the University of Southern California asked students to disclose the number of sexual encounters they have had over the past three months, teaching students to ask for consent by saying “how far would you being comfortable going?” and “would you like to try this with me?”

In an email obtained by Campus Reform, students were told they must complete the Title IX training in order to registers for courses in the spring.

The training began with a detailed questionnaire that asked students to disclose how often they were having sex, how many different people they have had sex with, and whether or not they used drugs or alcohol prior to sex.

Despite some students feeling uncomfortable with disclosing such information, a campus-wide email announcing the training assured students that they would “enjoy the assignment.”

In another of one of Campus Reform’s most viral stories of the year, a group of students at the Claremont Colleges in search of a roommate insisted that the roommate not be white.

Student Karé Ureña posted on Facebook that non-white students in need of housing arrangements should reach out to either her or two other students with whom she plans to live in an off-campus house. The post stated that “POC [people of color] only” will be considered for this living opportunity. “I don’t want to live with any white folks,” Ureña added.

Dalia Zada expressed concerns to the anti-white discrimination. “‘POC only?’ Maybe I’m missing something or misunderstanding your post, but how is that not a racist thing to say?”

“This is directed to protect POC, not white people. Don’t see how this is racist at all…” responded AJ León, a member of the Pitzer Latino Student Union.

1. Portland Community College to devote an entire month to ‘whiteness’-shaming

The Whiteness History Month website made clear, though, that the project was not a “celebratory endeavor” like other cultural heritage months, but was rather “an effort to change our campus” by “challenging the master narrative of race and racism through an exploration of the social construction of whiteness.”