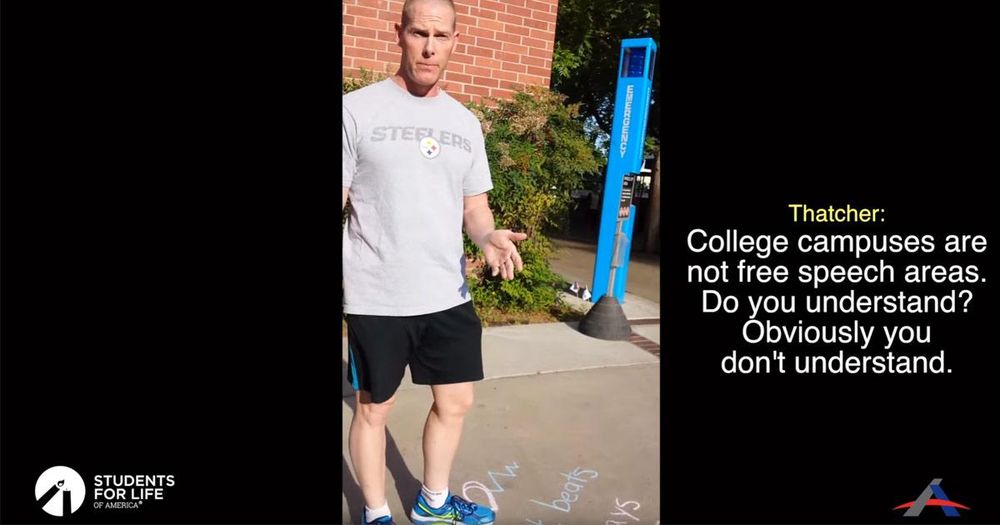 A Fresno State University professor was recently caught on camera scrubbing pro-life message off of the sidewalk and encouraging several of his students to do the same.

“Fresno State Students for Life received full permission to chalk pro-life messages near the library. Rather than countering with his own message, Dr. Thatcher took the illegal approach of censoring speech and inciting students to help in this,” Kristan Hawkins, president of Students for Life of America, remarked in a press release, claiming that no student “should have to endure this kind of intimidation and harassment for simply expressing their views.”

The lawsuit, filed Thursday, also asks the court to prohibit Thatcher and “any other persons acting on his behalf or at his direction from interfering, disrupting, or altering any future lawful expressive activities that [Fresno State Students for Life and its members] conduct.”

“Today’s college students will be tomorrow’s legislators, judges, educators, and voters,” ADF Senior Counsel Casey Mattox stated in Thursday’s press release. “That’s why it’s so important that university professors model the First Amendment values they are supposed to be teaching to students, and why it should disturb everyone that this Fresno State professor, like so many other university officials across the country, is communicating to a generation that the Constitution doesn’t matter.”

Campus Reform reached out to Thatcher for comment on the matter, but did not receive a response in time for publication.