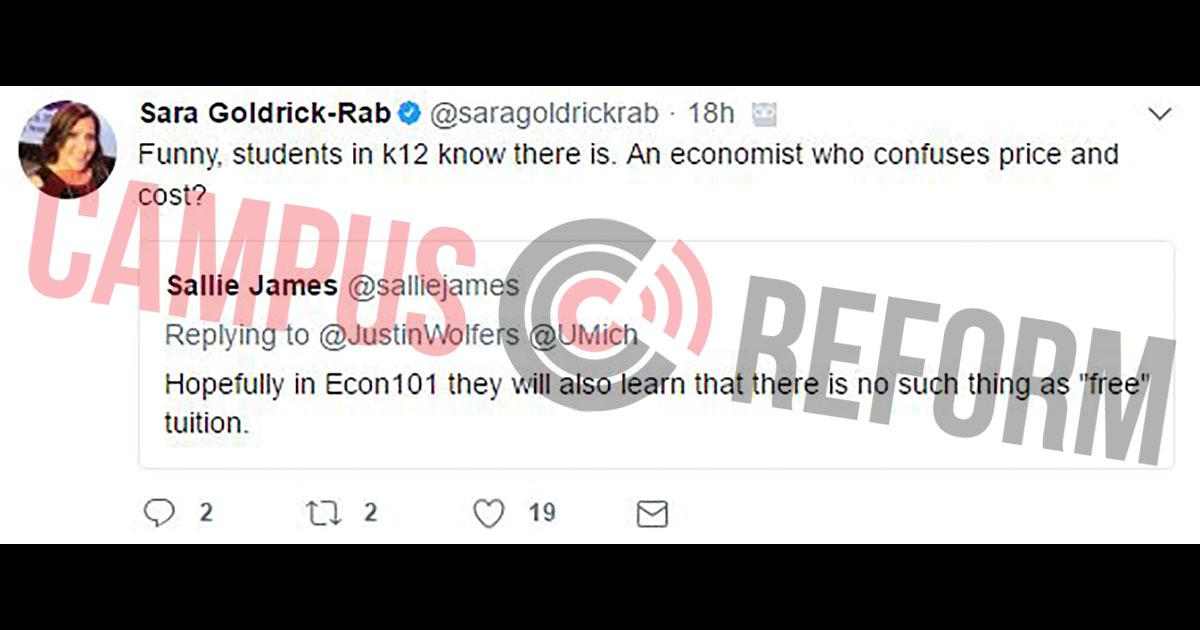 A Temple University professor says the University of Michigan’s plan to make tuition free for in-state students is “appalling” because it does not also pay other educational expenses.

Sara Goldrick-Rab, a professor of Higher Education and Sociology at Temple, took to Twitter Thursday evening to express her displeasure with the “Go Blue Guarantee” announced earlier in the day, which pledges to provide up to four years of tuition-free education for in-state students whose households have incomes of $65,000 or lower, starting at the beginning of 2018.

"This @UMich thing is a farce."

University spokesperson Rick Fitzgerald notes in the school’s press release that the $65,000 benchmark is roughly equivalent to the state's 2015 median family income of $63,893, adding that some students may also be eligible for other forms of financial aid to cover non-tuition costs of attending the institution.

[RELATED:Student gov votes to give blacks free tuition as 'reparations']

“Today, our long-standing commitment to ensuring that qualified students from Michigan can afford a U-M education becomes a guarantee,” university President Mark Schlissel boasted, while Board of Regents Chair Mark Bernstein estimated that the plan will affect more than half of Michigan families.

Goldrick-Rab, however, called the administrators’ exuberance into question, arguing that the “Go Blue Guarantee” does not cover other costs of attendance such as room and board, books, and student activity fees.

“The fact that @UMich is showing only tuition here and not COA—which is what it actually costs—is appalling,” she tweeted. 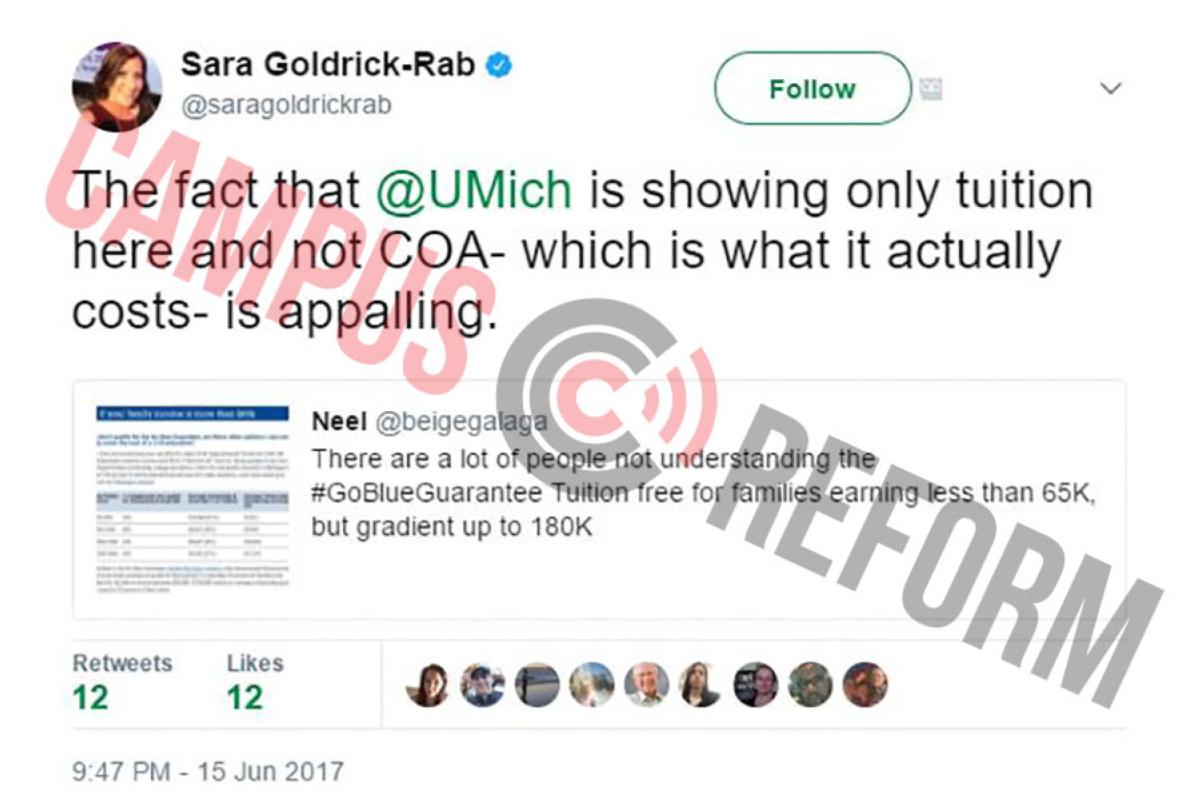 Goldrick-Rab continued to excoriate the plan in subsequent posts, calling out “colleagues who claim to be progressive but back their university’s nonsense” in one tweet, and declaring in another tweet that “this @UMich thing is a farce” because it does not offer “genuine affordability.”

When another user remarked that students would learn in Econ 101 “that there is no such thing as ‘free’ tuition,” Goldrick-Rab retorted that “students in K12 know there is,” suggesting that the other user had confused “price” with “cost.”

Goldrick-Rab, who last year authored a book on the subject of college tuition costs called Paying the Price: College Costs, Financial Aid, and the Betrayal of the American Dream, has also been a guest on The Daily Show with Trevor Noah.

Overall, financial aid spending will increase by 9.5 percent under the FY ‘18 budget, while undergraduate tuition is slated to grow by 4.5 percent for out-of-state students and 2.9 percent for in-state students. The university estimates that students eligible for the “Go Blue Guarantee” will see a $424 increase in their base tuition, but says this will be more than offset by the increased financial aid approved by the Board of Regents in a 7-1 vote.

Regent Andrea Fischer Newman, who cast the sole dissenting vote, expressed concerns that the new program would be a burden to the “taxpayers who expect us to be good stewards of their hard-earned money,” particularly those in the middle class who might not qualify for the “Go Blue Guarantee.”

“This spending plan still calls for a significant increase in the tuition burden on our students and families,” Newman argued, predicting that “there are still going to be many families, particularly middle-class families, who will be priced out of the opportunity for the world-class education available at the University of Michigan.”